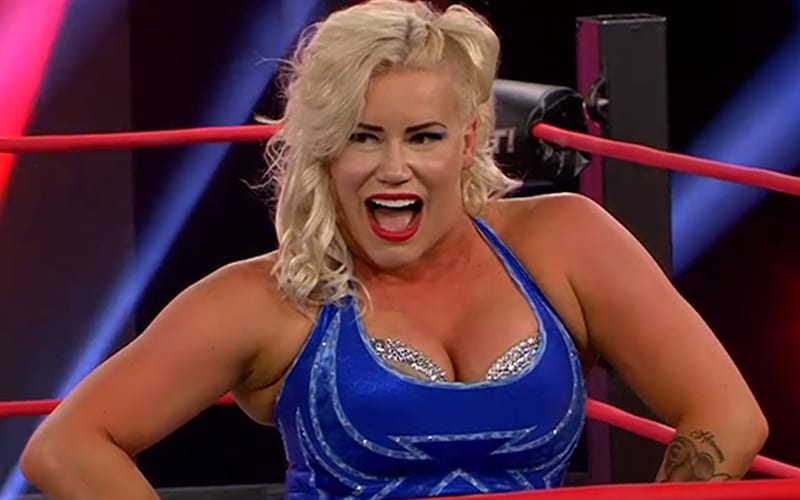 Taya Valkyrie left Impact Wrestling, and the company made it very clear what her options were when she exited. They even made a little joke about it while comparing both companies to prisons.

During a recent virtual signing for High Spots, she revealed that this is the first time in a long time when she was a free agent. She is weighing her options and is a fan of all pro wrestling. In the end, things will work out for her and she is quite confident in that.

“Well, I really enjoy both products. Obviously I’m a wrestling fan, always have been. There’s a lot of people that get into wrestling [that] are wrestling fans, surprise, and honestly, I don’t know what’s gonna happen next for me because as a lot of people don’t realize is that I have been signed for about eight and a half years from AAA into Lucha Underground into IMPACT and this is actually my first-ever time in my career as a free agent. So, it’s a really important time for me to really think about what’s important for me, for my family and make the best decision moving forward for my career. So, we will see. It will all play out, don’t worry.”

Taya Valkyrie has a ton of potential, but it’s unclear where she will land. She is also married to WWE Superstar John Morrison, but that doesn’t guarantee that she will end up in Vince McMahon’s company. If anything, WWE’s treatment of Morrison since his return to the company could provide a warning sign that a big push in WWE is never guaranteed.