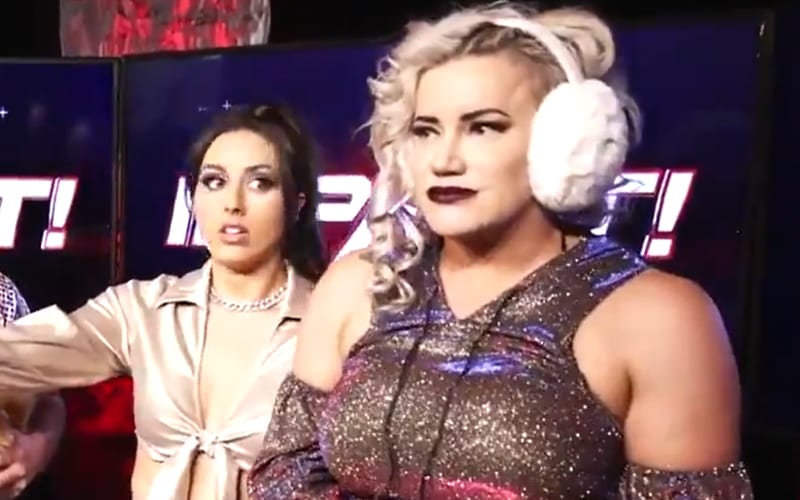 Taya Valkyrie’s contract with Impact Wrestling has apparently come to an end, and they wrote her out of the company in a very clever way. She was implicated as the culprit in John E Bravo’s shooting.

Valkyrie was proven to be the one who sprayed ring rust in Larry D’s face. This led to Bravo’s shooting. Taya admitted to this evil deed, and then the police carried her away.

As Tommy Dreamer watched her get dragged off by “Police,” he said that there are two places Taya Valkyrie will go now.

“If she’s lucky she’ll go to Jacksonville State Prison for what she did. If he’s unlucky she’ll go to Stamford State Penitentiary for many two years with an option for three. Trust me, that’ll change a person’s soul forever.”

A reference to Baltimore, ROH’s hometown, was also dropped. That doesn’t seem as likely.

This was a very interesting way to deal with writing Taya Valkyrie out of Impact Wrestling. She was carried off by police, and it appears that she is a free agent now. It beats how Impact Wrestling dealt with Ethan Page’s exit by ripping his heart out of his chest on pay-per-view.