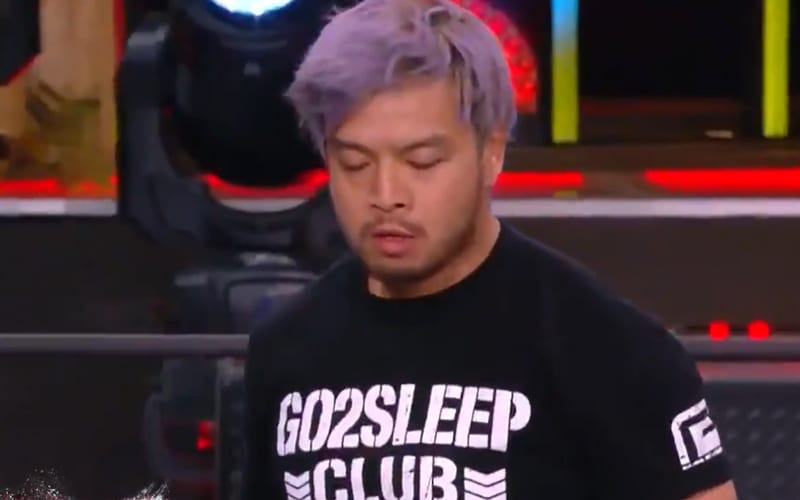 KENTA has made no secret about the fact that he wants Jon Moxley. He made that message loud and clear this week on AEW Dynamite.

Jon Moxley and KENTA will finally do battle for NJPW on February 26th. That IWGP United States Title match is being called “THE Match.”

During the closing moments of AEW Dynamite this week, KENTA appeared, disguised at first, and he took out Jon Moxley. This helped create a shocking conclusion for AEW Beach Break.

It is unclear what this means for the future between AEW and NJPW. Don Callis, who was on commentary at the time, said it’s interesting how these kind of things happen whenever he’s around.