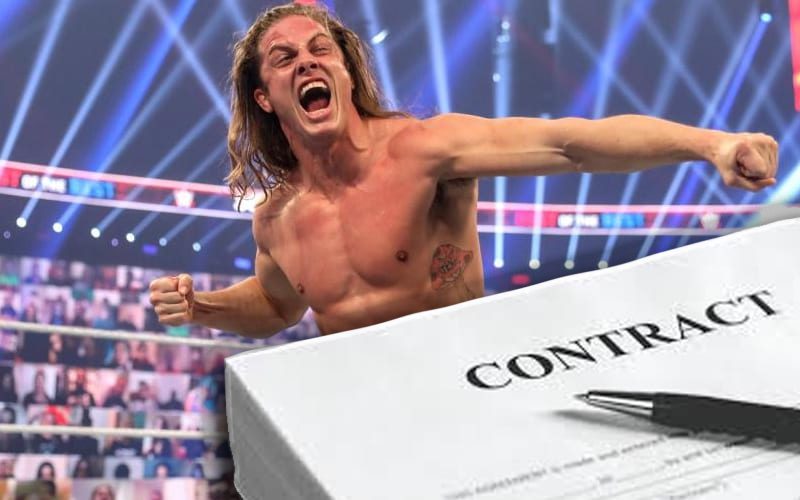 Matt Riddle is going to stick around WWE until at least the end of 2023 at this point. The Original Bro has inked a new deal after so many reports about his contract status.

According to Fightful Select, Riddle’s new contract isn’t an extension of his original 2018 contract. It is a totally new contract. He will be under this new multi-year deal until 2023.

Instead of that simply being an extension tacked on to his original expiration this summer, it’s an entirely new contract that has him signed with WWE through the end of 2023.

It was uncertain for a time if Riddle was going to ink a new contract. Reports came out about him being offered $400,000 a year, but it was not confirmed how much this new deal is worth.

Now that WWE has Matt Riddle locked into a longer contract, it will be interesting to see if his booking trajectory changes at all. He is currently engaged in a feud with WWE United States Champion Bobby Lashley.