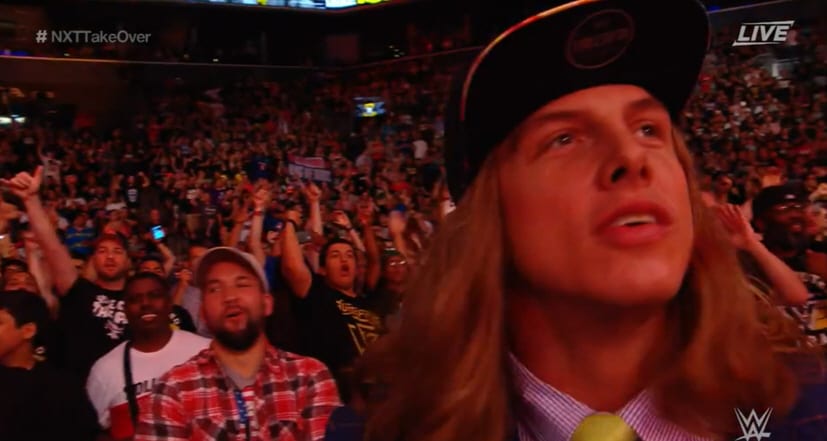 Matt Riddle is officially in the WWE Universe and now it’s only a matter of time before we see what he’s going to do as part of the exciting NXT roster. After all, with so much talent there is a ton of possibilities.

Lisa Riddle, Matt’s wife uploaded a YouTube video following her husband’s NXT TakeOver: Brooklyn IV appearance. It’s a pretty exciting time and she wanted to let fans know what’s up and how it all went down.

On August 12th, Lisa Riddle recorded a video saying that Riddle was signed by WWE and he will be appearing at TakeOver which already happened. She said in the second week of June, Riddle got an email from New Japan and then Triple H called him, talked to him for 30 minutes, and offered him a contract.

They were excited, and then the contract came in mid-July. So within those 3 weeks, they didn’t know what to expect. Riddle filled out his contract, got his physical by July 20th and Riddle was paranoid about his bloodwork and he passed his physical.

Riddle will report to Orlando on September 4th. His wife said they don’t know what WWE’s plan is for Riddle, but only time will tell. But the family made the decision to move to Orlando with Matt. But they do obviously have plans for Riddle to be on the main roster eventually because they’re only going to rent for a year and then decide where they’ll go next depending Riddle’s position in WWE.