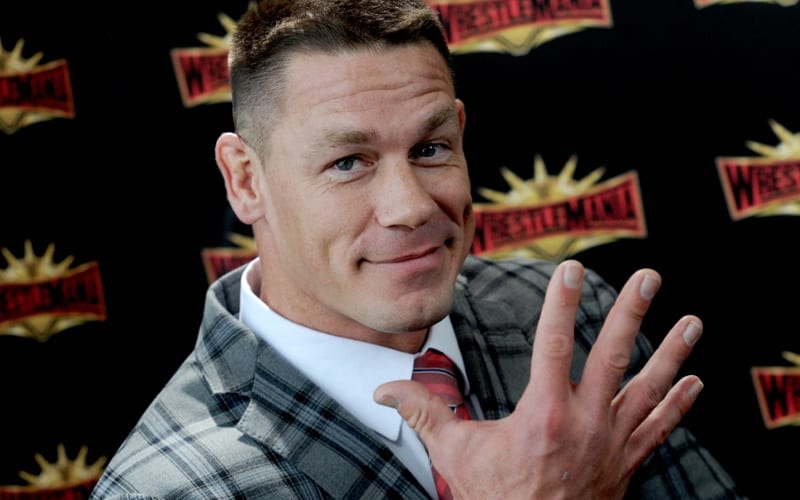 John Cena was in the original plan for WrestleMania 37, but the pandemic is causing a big problem with that. Due to travel restrictions between the United States and Canada, it’s very unlikely that Cena will be at the show of shows now.

While appearing on The Tonight Show with Jimmy Fallon, John Cena was asked about appearing for WWE again down the line. Cena confirmed that he will be in the ring again eventually, but for the time being he is in Vancouver shooting the Peacemaker spin-off.

“Oh yeah, I will [be back in WWE]! I just, unfortunately, you know… the state of the world, I mean, I’m not sitting there on the couch next to you. It’s a difficult and unpredictable time, and right now, I’m doing this. I’m filming ‘Peacemaker’, and that’s going to take a lot of my time, and I can’t bounce back and forth due to international restrictions. So at least for the time being, I’m here, and I’m still away from WWE, but I very much look forward to returning as soon as I possibly can.”

John Cena is poised to become a tentpole for that DC Comics franchise spin-off of the Suicide Squad, and a featured attraction on HBO Max. They can’t shut shooting down for two weeks because John Cena needs to go wrestle in Tampa, as much as he would love to work the event current restrictions say he must stay put.

We have yet to hear if any consideration can be made for actors or athletes in regards to Canada’s rules on traveling out and then coming back in.