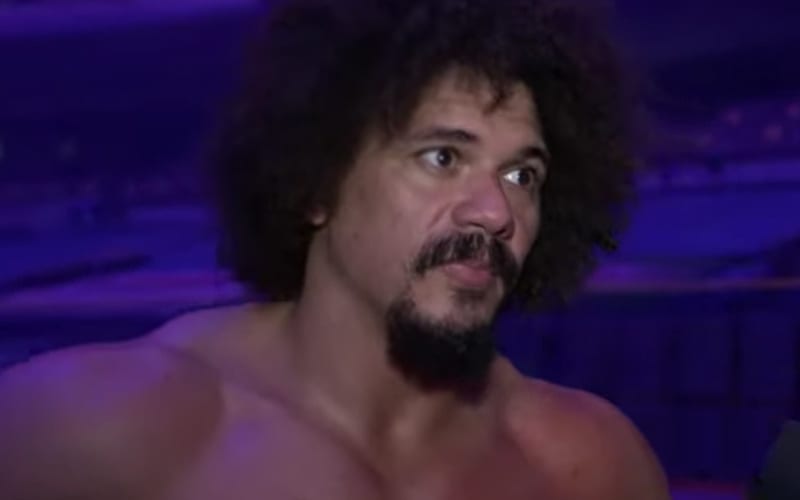 Carlito surprised fans when he showed up at the Royal Rumble. The news had previously broken in the day that he was going to be in the match, but it as still a big surprise for those who avoid apoilers.

After not getting brought in for Legends Night on Raw, Carlito more than made up for it. Rumors backstage say that Carlito is also in line for a producer role tryout.

Following his in-ring return for WWE, Carlito expressed genuine surprise that he received such a great reception from the WWE Universe.

Man, it’s crazy, you know? after being more than ten years being away. I wasn’t expecting, you know, for them to receive me and for them to remember me. So, it’s really humbling to receive that kind of response all these years after.

Carlito might stick around WWE for a little bit longer this time around. We’ll have to see if this is more than a one-off cameo at the Royal Rumble, but he sure had a ton of fun with this return.