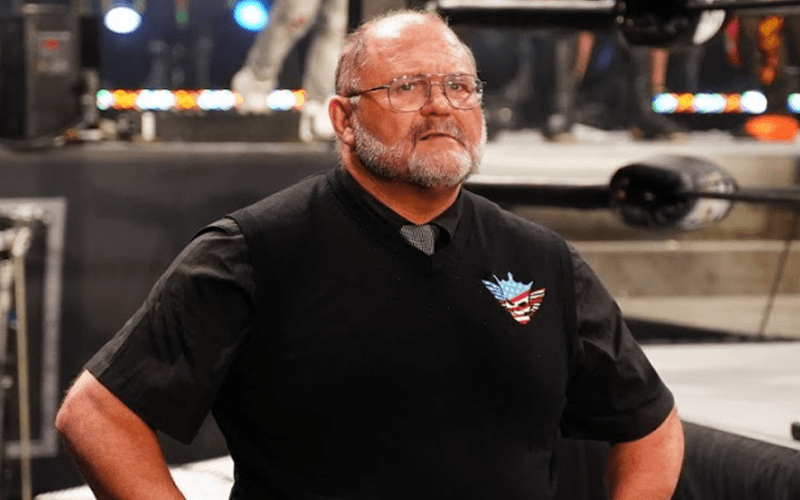 WWE Hall Of Famer Arn Anderson worked as a producer in WWE from 2001 to 2019. Anderson was released by the company for letting an intoxicated Alicia Fox compete at a live event.

While speaking on a recent episode his ARN podcast, Anderson talked about what he told his wife after WWE fired him. Anderson revealed that he was happy when WWE fired him.

Anderson noted that it was as if 500 pounds lifted off his shoulder.

“I got the call and I hung up the phone maybe three minutes before she walked in the door, and apparently I had, I don’t know what look I had outwardly. Inwardly, I was doing jumping jacks with a half twist. She said, ‘What’s wrong?’ I said, ‘I just got canned.’ And she went, ‘What?’ I said, ‘Yes.’

“She said, ‘Well, are you okay?’ I said, ‘Never better.’ It was literally like 500 pounds had just been lifted off my shoulder. I looked at her and said, and pointed towards the couch, I said, ‘I will be sitting right there this coming Monday.’”

Anderson is currently the coach for Cody Rhodes in AEW.