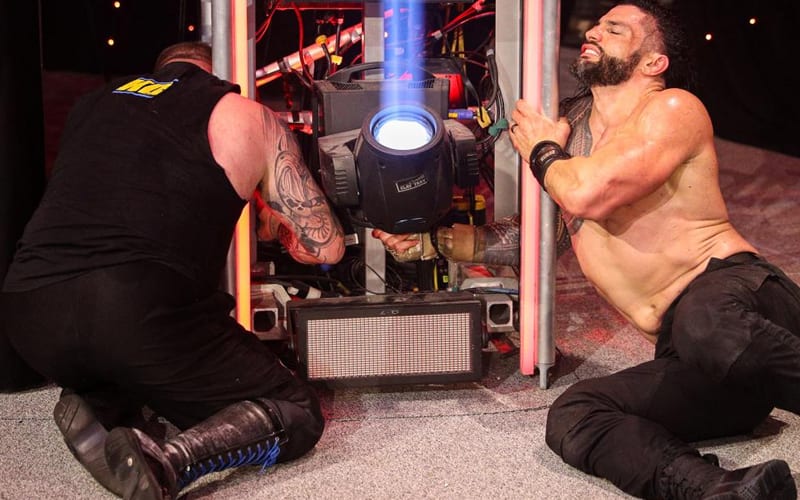 Roman Reigns defeated Kevin Owens at the Royal Rumble to retain the Universal Title. That last man standing match almost ended in a much different way.

Kevin Owens had a great idea to handcuff Reigns to a lighting rig so low to the ground that Reigns could not stand. The Tribal Chief took out a referee to stop the first count, and then he hit Owens with a low blow.

Paul Heyman ran out with keys to unlock Reigns, but Heyman could not free Roman Reigns. They sent out another referee who started counting, but when it was evident that Reigns wasn’t getting free in time, the referee stopped the count.

“You know, this is the one time that they couldn’t call it as a shoot,” Dave Meltzer remarked on Wrestling Observer Radio.

They ended up getting Reigns out of the situation and then he simply locked a guillotine choke on Owens to win the match. Things almost ended in a much different way live on pay-per-view because they couldn’t get those handcuffs unlocked in time.