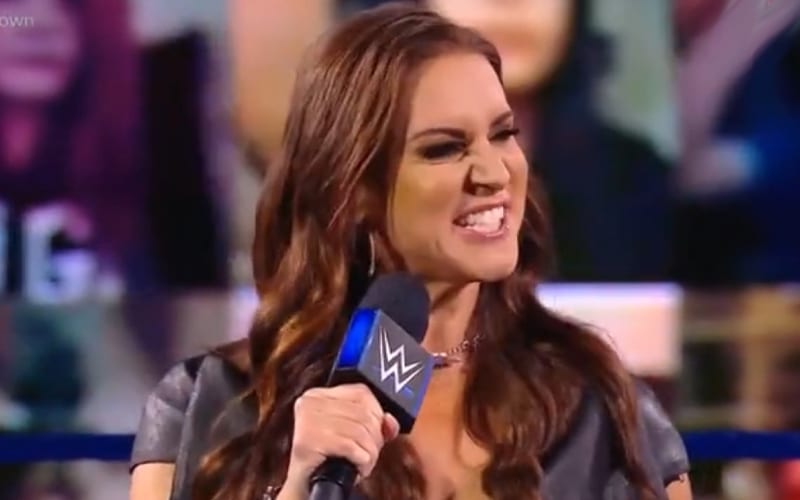 WrestleMania 37 will see live fans return to WWE television. This was a long time coming, and everyone in the company misses that organic reaction.

WWE gets to control all of their fans’ reactions inside the ThunderDome. This has caused some frustration with certain undercard stars. “CM Punk” and “What?!” chants haven’t been heard since live fans departed.

TV Insider recently spoke to Stephanie McMahon where she opened up about live fans returning. She called those fans the company’s “secret sauce.” This importance is not lost on McMahon as the company looks toward the return of fans at WrestleMania 37.

Our fans are our secret sauce. When we pivoted to the ThunderDome [WWE’s virtual videoconferencing crowd system], we brought our fans back [virtually] as well as the lights, the lasers, the pyro. There is an intersection of technology and live attendance. It happened faster than I think anyone anticipated, but we are absolutely looking to merge those worlds together the biggest and best way we possibly can. I know that our audience will be very vocal in telling us what they do and don’t like, which is certainly appreciated.

WrestleMania 37 will be a two-night event, but the company has plans to go back to a single night show eventually. This year is obviously an important one as it will be the first time that live fans have been allowed back since the pandemic started.