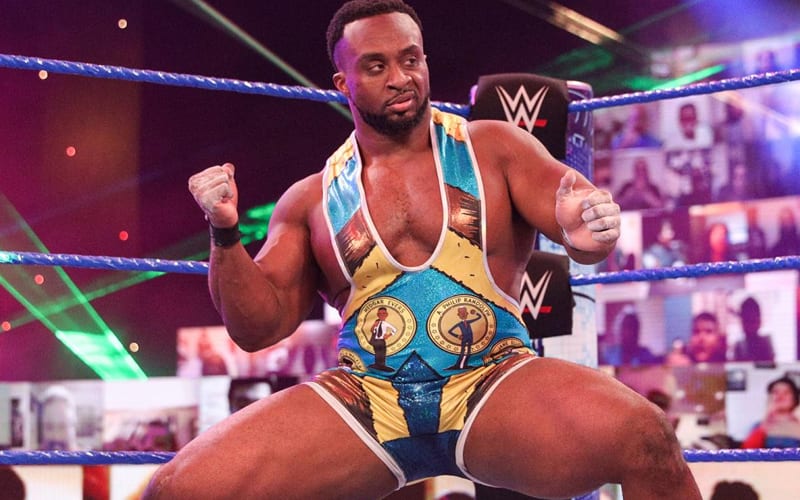 The WWE IC Champion is a single man. Despite so many people trying to change that situation for him, he remains a bachelor with minimalist principals and bare walls in his home.

While speaking to Oral Sessions with Renee Paquette, Big E spoke about his single life. He realized just recently what his issue is. He has a “dismissive avoidant attachment.” This is something that blew his mind to discover, but it also explains a lot.

“Like, ‘What’s wrong with you?’ But, I discovered this thing, it’s called attachment theory. The theory which states that you either form secure bonds with your parents as small children and you have your emotional needs met, or if you don’t, there are three different ways children insecurely attach, it affects the way they build relationships and bonds later in life.”

“Just a few months ago, I saw it as a dismissive avoidant attachment, is me; and I read the symptoms and it blew my mind. This is me. I’ve found out what’s wrong with me. It’s essentially characterized by people who say, ‘Oh, I’m not the marrying type or I can do things on my own or are super independent.’ That’s a lot of me.”

“So, when you do not have your emotional needs met as a small child, you tend to, just like, ‘Hey, I can meet my own needs.’ That explains why I am perpetually alone and I genuinely like being alone.”

“I don’t sit at home and pine to be around people all the time. I’m an introvert by nature. I have no idea how I ended up as an entertainer. It makes no sense because I just always want to be by myself. But that’s me and that’s where I’m at with that. Once you can realize why you are the way you are, it can allow you to break certain patterns and I suppose if a relationship is in the cards for me, so be it. But I’m also starting to fall in love with me. I’m open to it, but I’m still a work in progress with that stuff I guess.”

Big E is rich and successful. It really is a surprise that he is still single. His lifestyle and introvert personality keep him that way.

This seems to be a current situation that he thrives in right now. Perhaps someday the right lady will come along and sweep Big E off his feet ,but for now he is living that single life.