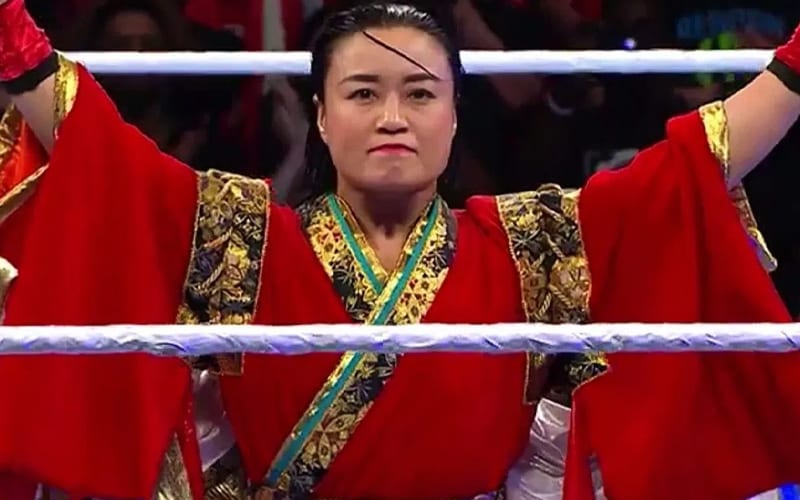 WWE has signed legendary Japanese wrestler Meiko Satomura. A report from Yahoo first reported this big acquisition, and now the company has confirmed that she has inked a deal with the company.

Satomura, who was a part of the 2018 Mae Young Classic, will be working with the WWE NXT UK brand. She will live in London to perform those duties.

The company made the official announcement while calling back to something Kay Lee Ray said in recent memory. Ray said that she wants the best in the world to come to the NXT UK brand. Meiko Satomura is answering that call.

This is a great signing for WWE. Satomura won’t quit all of her involvement in Japan. Satomura will continue as President of Senjo.