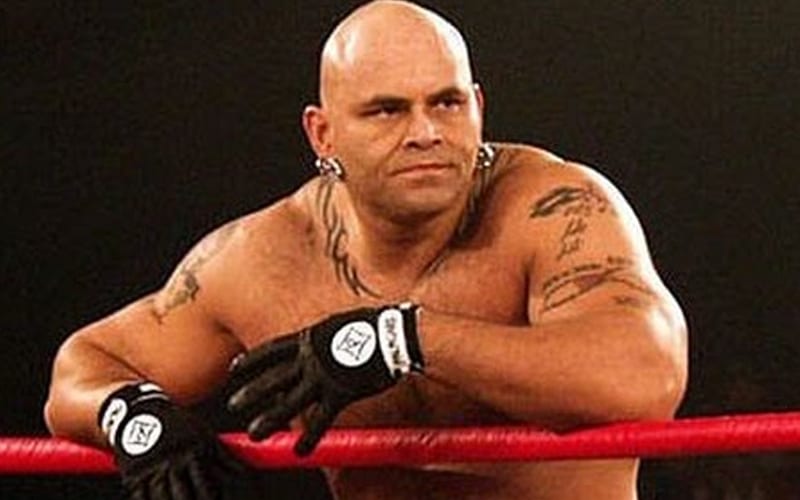 Konnan spent some time in WWE in 1993, but he wasn’t known as himself. The future WCW star was called Max Moon and he had a much different gimmick.

While speaking to Off The SKript, Konnan discussed that Max Moon gimmick and some of the big plans WWE had. They were really going to make that character fly to the ring.

Konnan’s career was also picking up in a big way on a Spanish language soap opera, so he had to make a decision. In the end, he fired himself from WWE because he stopped showing up to work.

“That was really my idea. I seen it in Japan and I told Vince McMahon about it. He liked the idea, you know, because it was really for the kids. It was this robot that shot confetti and fire. Then we were going to do a thing where it was actually going to fly. We were really going to put a jetpack on it. It was going to fly from the entrance to the ring and it was just for kids.”

“It would have worked but the thing was I lived in Mexico and they were making the outfit in LA. For example, I’d have to go to LA, pick up all these boxes and then we’d like fly to Boston, unload the boxes, and maybe have to drive to like Cape Cod or something to put the boxes in another car. It was just a pain in the ass and at that time I was blowing up in Mexico acting in a soap opera. So, I just stopped showing up for tapings, I fired myself, you know what I’m saying?

Konnan’s other commitments in Mexico took him away from WWE. It makes fans wonder how big the Max Moon character could have been, and whether those flying entrances would be something that fans are still looking back at with nostalgia. The whole setup still cost WWE a ton of money, and they never got to do the gimmick.