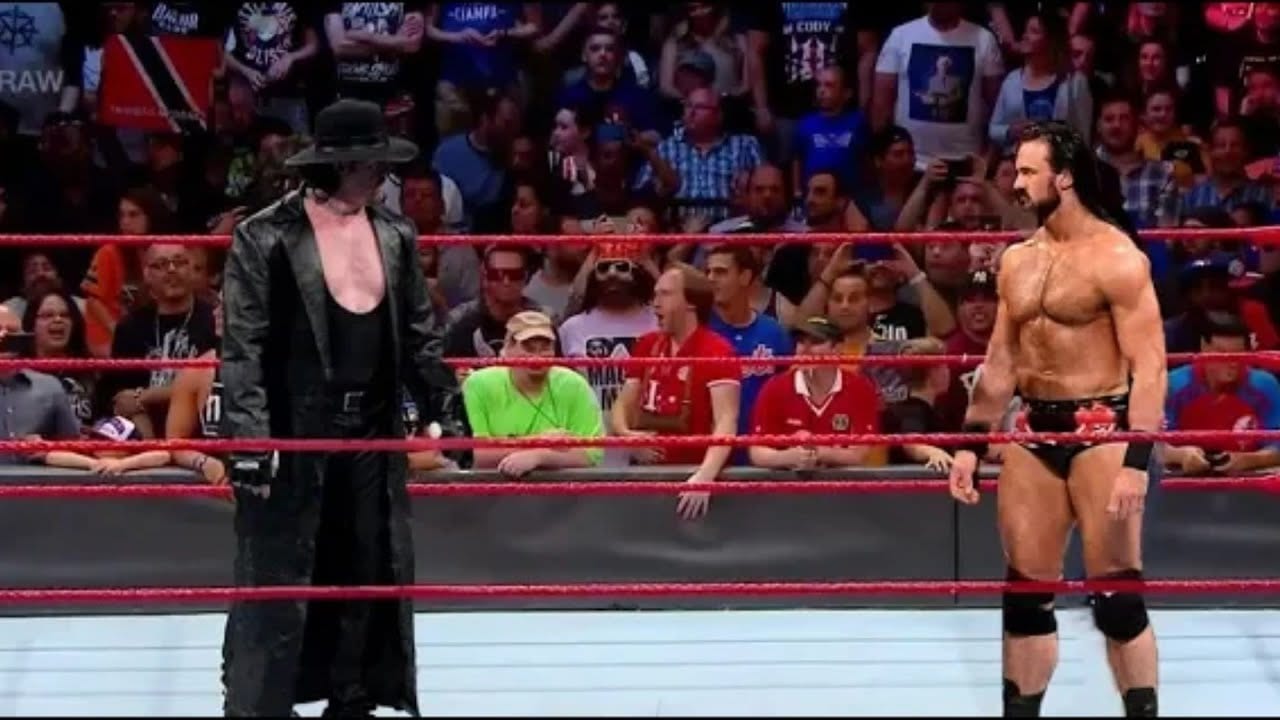 Drew McIntyre is the WWE Champion and has had a career resurgence after he returned to the company back in 2017. During his first run in the company, he was still new to the pro wrestling business and a veteran gave him some useful advice.

That veteran was none other than The Undertaker. While being interviewed by Priyam Marik of Telegraph India, Drew McIntyre revealed the important advice given to him by the Undertaker during his first run in WWE.

McIntyre noted how The Undertaker has advance wrestling IQ and when he spoke to McIntyre, it felt as if a doctor was speaking to someone in high school.

“I learnt tons from being around Taker,” said McIntyre. “He has such an advanced wrestling IQ, that sometimes when he spoke to me, it was like a doctor speaking to someone in high school. But eventually, his lessons would kick in… The exact phrase he would use was ‘stop playing the wrestler, be the wrestler’.”

McIntyre further explained the advice, stating that The Undertaker meant McIntyre should embrace the moment inside the ring and have fun.

“What he meant was while out there in the ring, relax, embrace the moment, and have fun. When you start having fun, the audience can feel it, and then they start having fun.”

Drew McIntyre recently disagreed with The Undertaker’s views on the current WWE product.