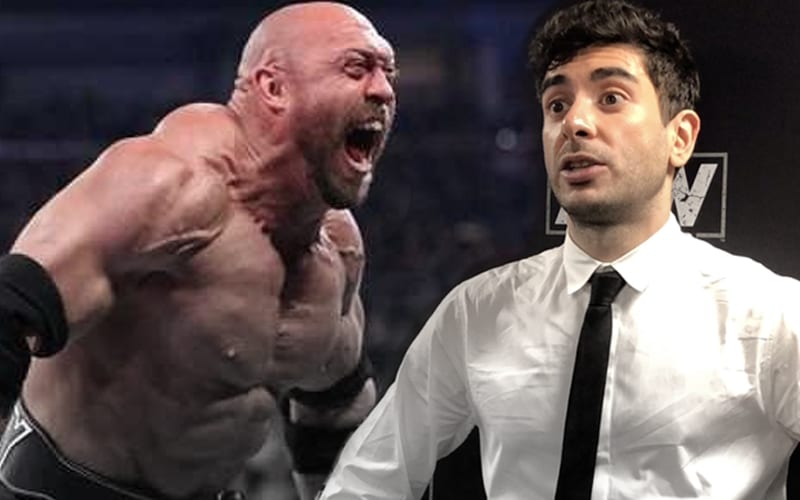 Ryback claims that he is ready for a television return. Then he dropped a big tease that he is arriving in AEW. Mark Henry warned AEW against signing The Big Guy, but he reportedly doesn’t need to worry.

Dave Meltzer wrote on F4WOnline that he received a question about Ryback arriving in AEW. He made it very clear that The Big Guy is not signing with All Elite Wrestling.

“We got asked earlier today on SNME about Ryback and AEW. Ryback teased signing a new deal with the competition. He’s not signing with AEW.”

Some fans liked the idea of Ryback signing with AEW, but a majority of the responses we heard were negative toward the idea. That could have been another example of WWE spreading misinformation about Ryback and shadow banning him, or it could have been an accurate representation of what fans think about the situation.

Ryback recently stated that he is looking into taking legal action against Mark Henry, Busted Open Radio, and WWE for the recent comments that the World’s Strongest Man made about him.