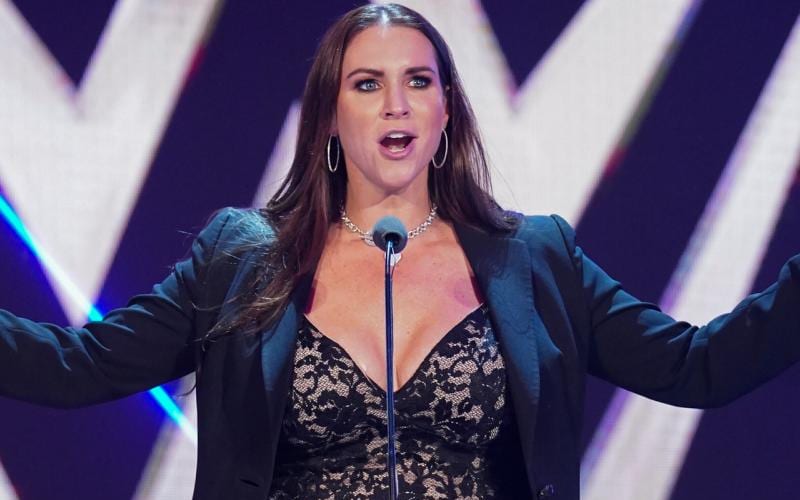 WWE Network will be on the Peacock streaming service starting on March 18th, just before WrestleMania 37. That two-night event will not be on the traditional WWE Network platform, and Stephanie McMahon is thrilled about the possibilities.

As part of the official announcement statement, Stephanie McMahon praised the Peacock streaming service’s platform for being able to build such an incredible base of content. They offer many movies and television shows, both current and from the past. Now they will host WWE content.

This new partnership also further strengthens WWE and NBC’s long-lasting relationship that has spanned the past three decades.

“Since launching last year, Peacock has amassed an incredible catalog of iconic movies and TV shows, along with the best of live news and sports, to which WWE Network will be a perfect complement.”

“WWE and NBCU have been partners for nearly 30 years, and we consider this to be a natural extension of our long-standing relationship. Peacock will enable WWE to showcase our most significant events, including WrestleMania, which was previously available on WWE Network for $9.99 per month, to Peacock’s 26 million subscribers for $4.99 per month and for free to the millions of Comcast and Cox homes across the country, helping to better serve and grow our global fanbase.”

McMahon also tweeted out to hype the new deal between WWE and Peacock. This will change how WWE fans watch the company’s content for years to come.

As we previously reported, WWE’s new deal with Peacock is a five-year contract worth $1 billion. We will keep a close eye on WWE stocks to see how this announcement changes things in that respect as well.