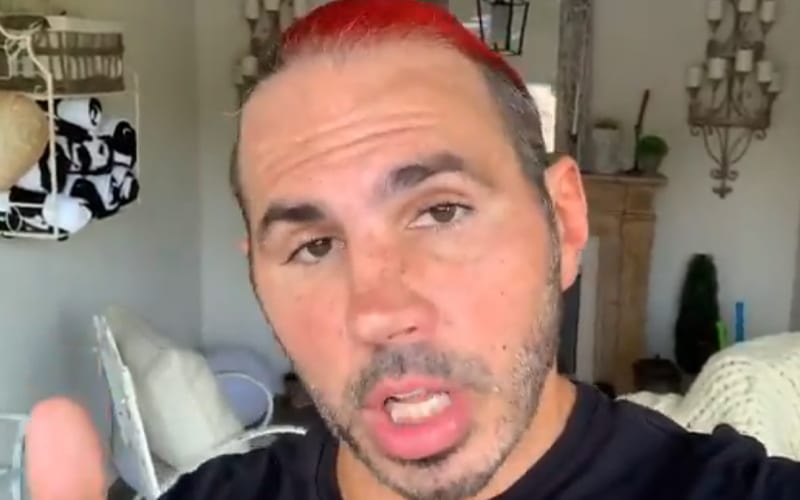 Matt Hardy was recently involved in a horrific car accident as it appeared the AEW Star was in a fender bender. Hardy’s car was seen to have suffered a lot of damage in the unfortunate accident, but it seems he didn’t suffer any injuries.

Hardy took to Twitter today and clarified the situation as fans were concerned for his well-being. Hardy revealed that he was driving home from Jacksonville on Friday and was stuck in traffic due to another car wreck.

While Hardy was waiting, a truck going forty miles per hour, drove into the back of Hardy’s car as the driver was rubbernecking the wreck. Hardy revealed that he was ‘fine.’

Just so the ‘net understands. Was driving home from Jacksonville on Friday & there was a wreck 25 mins away from my house. It created standstill traffic, which I had stopped in. A truck drove into my stopped car at about 40 mph, because he was rubbernecking the wreck. I am fine.

Matt Hardy is currently the manager for Private Party, who recently turned heel under his tutelage. They are also scheduled to challenge The Good Brothers for the Impact Tag Team Titles.