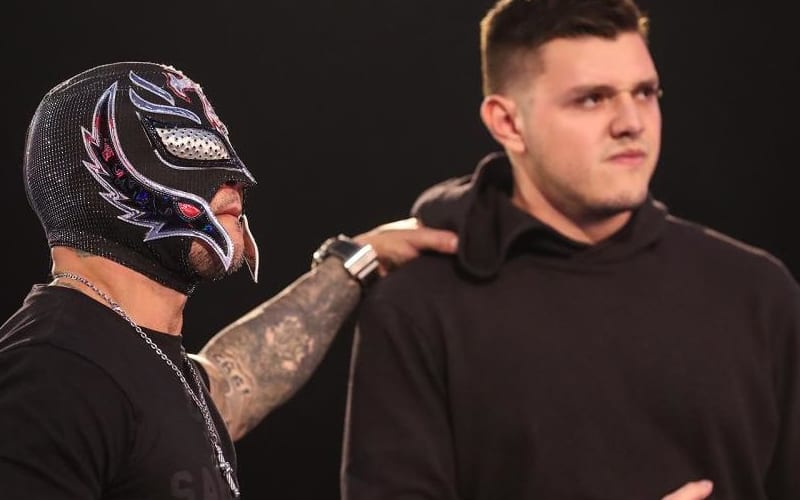 The Royal Rumble can sometimes put friends against each other. Family rivalries are not out of the question either in an environment where everyone is for themselves. This could cause a very tense situation around the Mysterio household.

While speaking to WWE The Bump, Rey Mysterio was asked about his son Dominik’s participation in the Royal Rumble match. Mr. 6-1-9 is not above throwing his own son over the top rope if it comes down to it.

“I would have to throw him out right away. Yes! I mean, we have to do it. There is just no other option. Either he goes or I go, but I’m sure that I get first dibs on that, so he’s going over the top.”

Rey Mysterio won the Royal Rumble match in 2006, and he would like to do it again in 2021. We’ll have to see what happens, but Dominik apparently can’t rely on his father to protect him during the match.