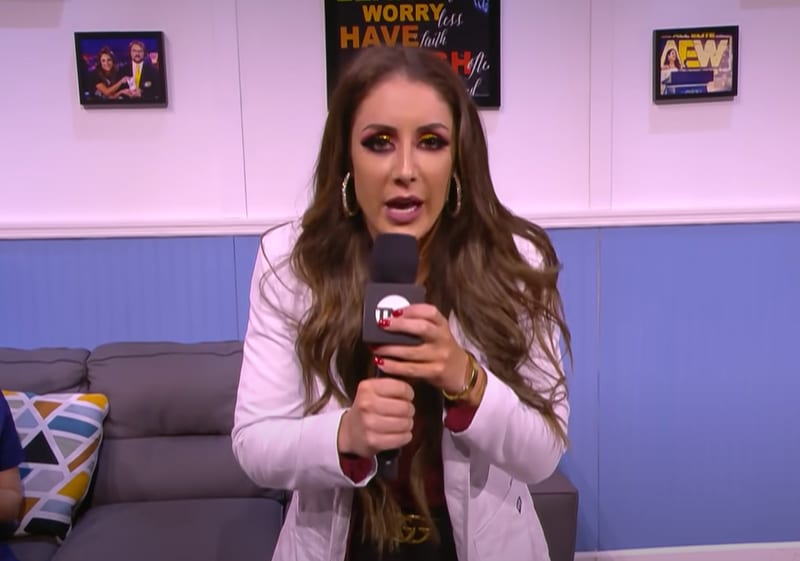 Britt Baker is one of the top stars in the AEW women’s division, with her heel work getting a lot of praise from fans and wrestlers alike. Her Waiting Room segments also remain a highlight on AEW Dark. The segment made its AEW Dynamite debut last week, which featured Cody Rhodes and Jade Cargill.

While speaking to the Sunday Night’s Main Event podcast, Britt Baker talked about her Waiting Room segment and Cody Rhodes’ involvement in it.

“When we first started, I obviously met with Cody and Tony to make sure we had the vision down, that we’re on the same page with what we wanted to do”

Baker then talked about the purpose of the segment, which is to help get ‘other storylines over.’ Baker then added that as the segment developed, Cody Rhodes became less involved in it altogether, which she is certainly glad about.

Baker ended it by saying once Cody Rhodes gets involved in a project, it becomes a project about himself, which she is sick of.

“Essentially, it’s just a great platform to get other storylines over, to get people who maybe don’t get to talk as much.

[It was for] people who don’t get to talk as much on Dynamite or Dark” Baker continued. “Give them the mic let’s, you know, see what they can do.

Cody, as of now? Has very little to no involvement in it. Because once Cody Rhodes gets involved, it turns into Cody Rhodes project! And I’m sick of that (laughs)! So, now? It’s my baby.”

Britt Baker is currently feuding with Thunder Rosa. The two are set to square off against each other at AEW Beach Break on February 3rd.