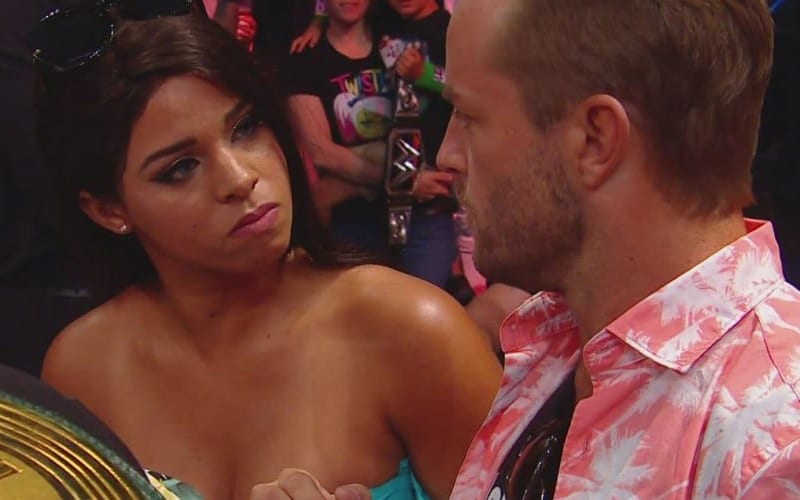 Fans will certainly remember the storyline between Drake Maverick and his wife Renee Michelle, where Maverick was involved in the WWE 24/7 Title picture.

The two would have their wedding in June 2019, which featured R-Truth crashing the wedding and subsequently rolling up Maverick to win the 24/7 title. It was reported by Dave Meltzer that the segment was recorded after the actual wedding took place.

While speaking to Hannibal TV, Renee Michelle talked about the wedding segment. Michelle revealed that she only came to know about the segment two days prior to her wedding.

She further added that WWE gave more details regarding the segment on the day of the wedding ceremony itself. Michelle ended it by saying her wedding was ruined, noting that her grandmother was furious.

“I did not know about the filming until two days prior to the wedding. I did not know about the details before an hour and a half to two hours of me walking down the aisle but the amount of detail I didn’t know… I thought it was going to be one of those filming… like Sarah Logan and her man. No, that did not happen. That completely went out the window. My grandma, she was so mad. If looks can kill, and she’s an 85-year old Christian school teacher, she was not happy at all. Yeah, my wedding was ruined.”

Many WWE Superstars were in attendance for the wedding, including EC3, Braun Strowman and others.