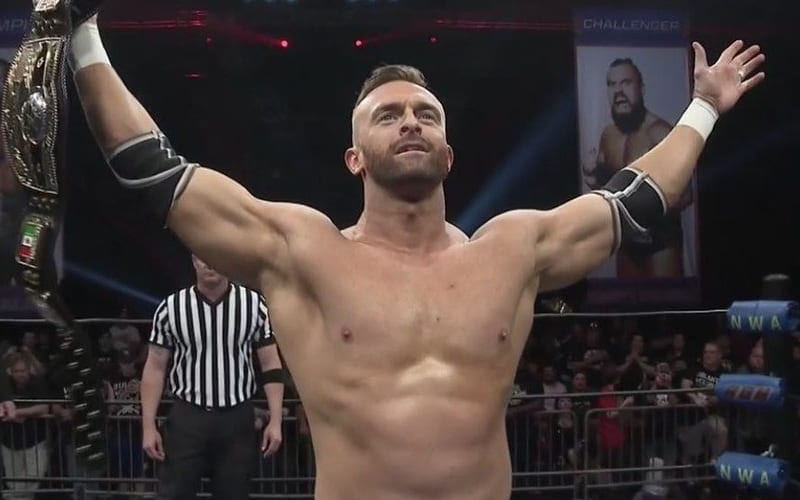 While speaking to Wrestling Headlines, Nick Aldis discussed how this incarnation of the NWA World Heavyweight Title came about. He already had dates on his schedule when he won the prestigious title, and promoters called him immediately to ask if they could make their booking a title match.

There was some debate about picking which dates would receive a World Title match, but Aldis pulled for them all. He wanted to avoid “bad juju” on the NWA brand as they re-established themselves with pro wrestling fans.

“A lot of those early bookings that I had with the title in the first run…were existing bookings. You could tell that the momentum was there because right away all of those promoters were contacting me and going, ‘Can we make it an NWA title match?’ There was some debate in the beginning about how we are going to do that. Were we going to be judicious? I said look, if I show up to all these shows with the belt and it’s not a title match…it’s bad juju. It’s bad juju on the brand…people are gonna go, ‘What the hell?’”

“We have a unique opportunity here because just as luck would have it I happened to have bookings in Europe, Australia, and across the states. We have a unique opportunity here to re-establish the folklore of the traveling world champion. The real world champion. With all that Tim had kind of gone out of focus. We kept seeing, even when Cody latched on to what we were doing, even then we were seeing from our base, “what about Tim Storm? I fell in love with Tim Storm.” I took pride in that. To take a guy with not much profile and to have people going, “I see him as the same level as Nick and Cody,” I took great pride in that. I’m business. I want people to work with who generate interest and sell tickets for a pay per view. I don’t like the fact that I haven’t defended the title much lately. I don’t need to be champion forever…I just wanna be in the most important thing.”

Nick Aldis is going on 1,086 days as NWA World Heavyweight Champion. He lost the title to Cody Rhodes, who held the belt for 50 days, but Aldis’ 820 day reign is still on-going.