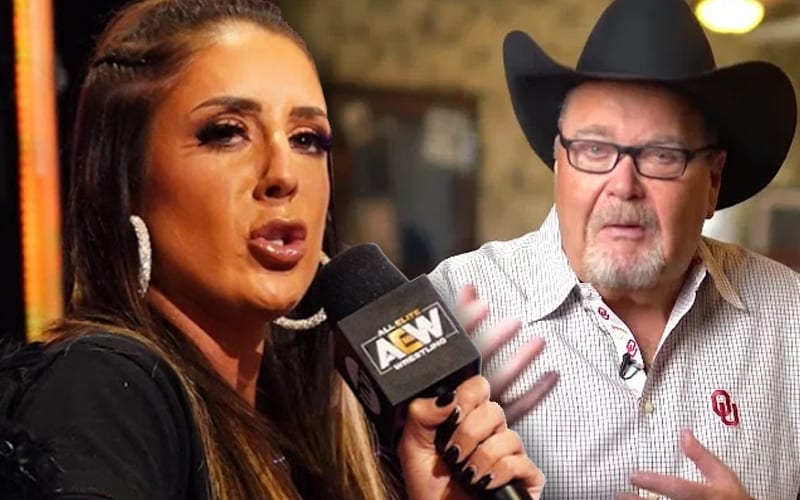 Britt Baker is a heel, and AEW’s resident dentist discovered that she is really good at getting heat. She credited Kenny Omega for turning her heel, but she also blames Jim Ross for not getting her over as a babyface.

Baker’s on-screen chemistry with Tony Schiavone, calling out his Starbucks past, brought her a lot of heat. They finally turned her heel, but it was also challenging getting her over as a babyface.

While speaking with Sunday Night’s Main Event, Baker blamed Jim Ross for her failure as a babyface in AEW. He kept pointing out the fact that she is a dentist, and dentists are natural heels.

“I think because I’m probably not a babyface deep down [laughs]. It was just a lot of demons at once and being a dentist and professional wrestler is super inspiring and I have two Plan A careers, but not everybody has that so not everybody wants to hear that every second of the day. I blame [Jim Ross]. With full-blown respect, he really screwed me because he said on every single friggin’ episode of Dynamite that I was a dentist 100 times to the point that it wasn’t cool anymore. It certainly wasn’t my fault, so it’s got to be JR’s,”

Britt Baker has a match scheduled at Beach Break against Thunder Rosa. That is the only match booked for AEW’s February special event so far. We’ll have to see what’s next for Baker, but she’ll likely be a heel and she has Jim Ross to thank for that.