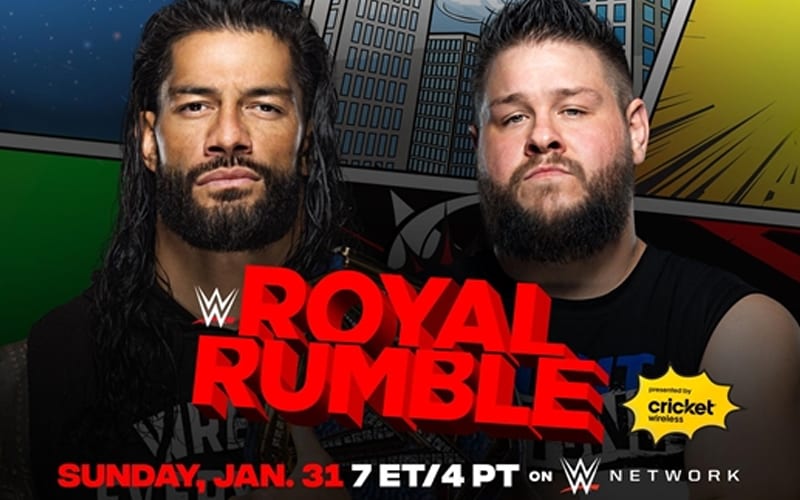 As seen on Sky Bet, the betting odds for Roman Reigns vs Kevin Owens at WWE Royal Rumble have been released.

Four years on from when they clashed for the Universal Championship in 2017, where Reigns was the babyface and Owens was the heel, the two will meet once again with the same belt being on the line.

Owens will take the place of Adam Pearce after the two manufactured a plan to ensure it was Owens who would get another shot at The Tribal Chief.

In terms of the odds, Reigns is the strong 1/8 favorite to walk away with the title whereas Owens is the distant 9/2 underdog to pull off the upset.

Royal Rumble takes place on January 31, 2021. As always, Ringside News will be providing live play-by-play coverage of the show.