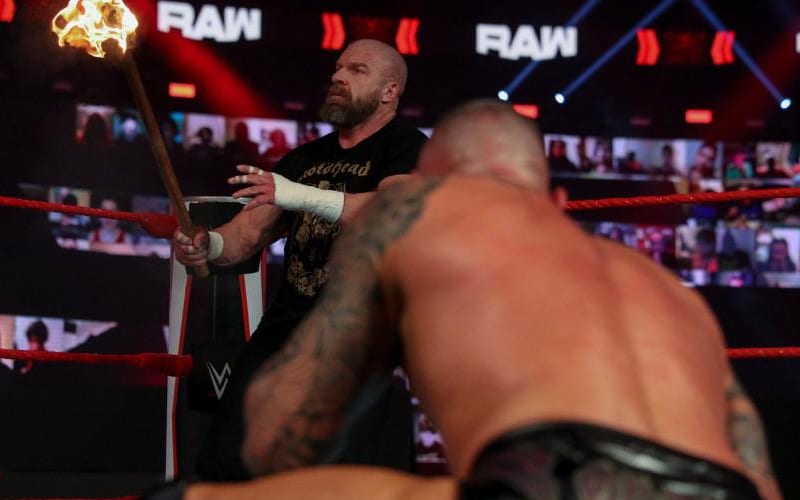 The last episode of WWE RAW ended with Alexa Bliss throwing a fireball into Randy Orton’s face. This interrupted a fight between The Viper and Triple H. It was also all according to the original plan.

Ringside News exclusively reported how WWE pulled off the ending of RAW this week. That fireball segment from Bliss also went viral.

According to Fightful Select, Alexa Bliss was going to show up and throw fire at Randy Orton no matter who he was facing. Triple H had to fill in for Drew McIntyre after his COVID-19 test came back positive.

We’ve been told that the Alexa Bliss fireball finish was the plan all along, regardless of if it was Triple H or Drew McIntyre.

The fire that Bliss threw at Orton was a practical effect. Real fire was used, but the segment was heavily edited, confirming our exclusive reported.

Alexa Bliss was supposed to interrupt a WWE Title match, but they made things work under the circumstances. Overall, the segment went off very well. Editing it together helped a lot. They also didn’t experience any malfunctions that left Vince McMahon livid like they did SmackDown.