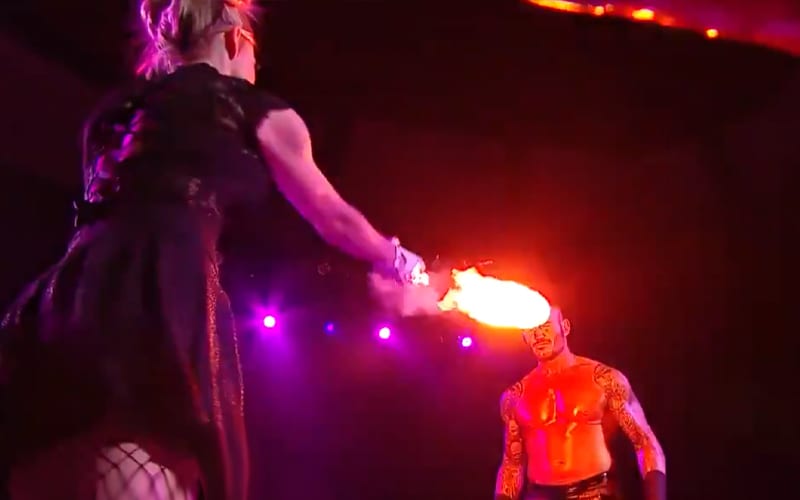 Ringside News has learned that the ending of WWE Raw this week was pretaped. Bliss throwing a fireball like that took a little extra production value, and they wanted to get it right.

Going to a pretaped feed also explained why Randy Orton’s cheek magically healed. It was busted open by Triple H during their brawl around the ring. Blood was also on Triple H’s head during the melee, but that blood was gone when his sledgehammer caught on fire.

WWE has the luxury of producing this kind of spot in the ThunderDome. This is one thing they will lose once they have the ability to tour and have an actual live crowd once again.