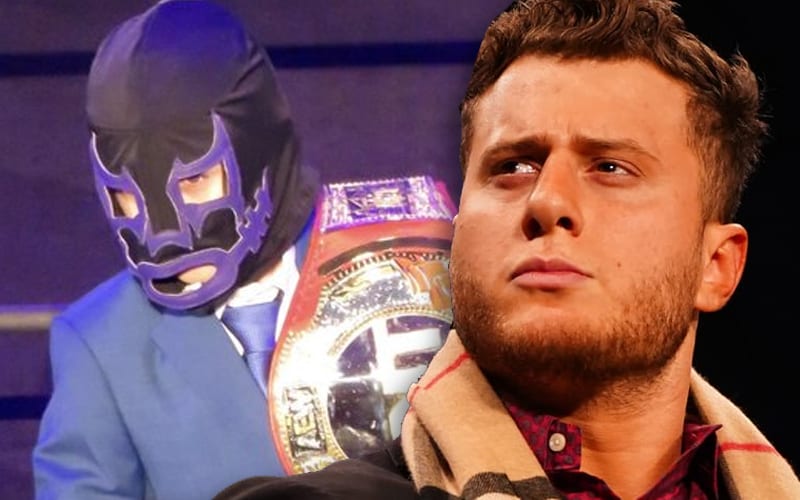 Cody Rhodes tweeted out saying that -1 is a future Hall of Famer. AEW will need to introduce a Hall of Fame before Brodie Lee Jr. gets old enough to take advantage of that contract he already signed.

MJF and Brodie Lee Jr. had a little run-in during Dynamite that included -1 whacking MJF over the head with a kendo stick. It was also revealed that -1 doesn’t want MJF in his dressing room.

When The Salt Of The Earth saw that Brodie Lee Jr. received a happy birthday tweet from AEW, he responded with an eye-rolling, dismissive emoji. It could have been worse. MJF had much more colorful things to say after -1 hit him with that kendo stick.

Happy birthday to Brodie Lee Jr. from everyone here at Ringside News!