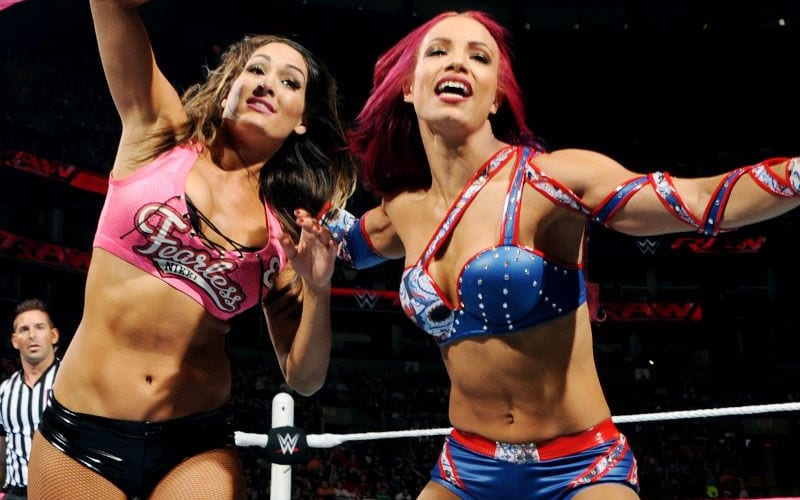 Sasha Banks came in from the indies, and she made a name for herself in NXT. The Boss’ character evolved and she eventually landed on the main roster. Nikki Bella had her eye on Banks from the early stages.

While speaking to the Pretty Big Deal podcast, Nikki Bella said that she knew Banks was going to be a big star even before she debuted. Bella said that she saw Banks has what you look for in a Superstar. She is locked in the moment her entrance music hits.

“I’ve always called it about Sasha Banks. Since the day she debuted, even right before she debuted. She has it all, what you look at in a WWE superstar. She’s an incredible wrestler and an entertaining superstar. The minute she hits the ramp and comes through the curtain, you’re just locked in on her.

Nikki Bella teased an in-ring return with her sister Brie. We’ll have to see if and when that comes about. Perhaps Nikki Bella and Sasha Banks will have another chance to square off in the ring in the future.