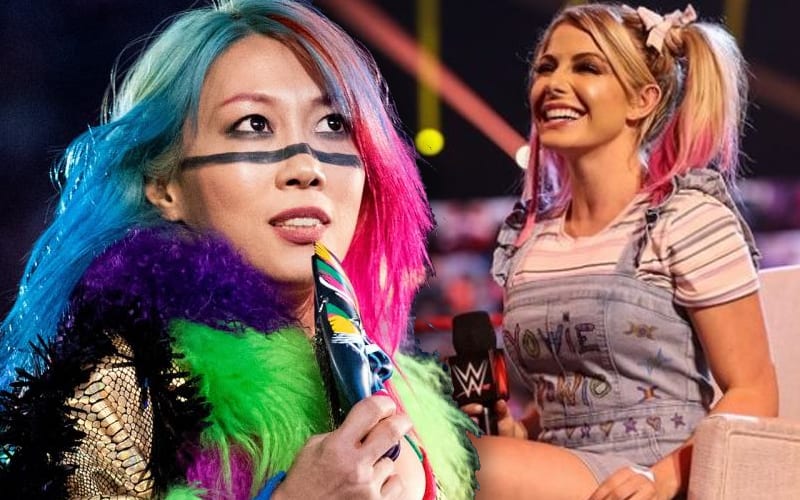 Alexa Bliss and Asuka are set to square off during RAW this week. Bliss can’t wait to play with Asuka.

Asuka will face Bliss this week on RAW. She knows Bliss’ fireball throwing reputation, and she’s not scared. She made that very clear on Twitter that she already met Boogeyman at Legends Night, so Bliss is nothing for her.

I’m not scared… I already met The Boogeyman at Legends Night. You and your monster don’t scare me @AlexaBliss_WWE!

Alexa Bliss had another retort, and this time it came with an invitation to play, “Ya . U cute. Come play!”

RAW could be very interesting this week. It will also be a busy night for Alexa Bliss. She’s likely to be involved with Randy Orton’s angle as he addresses last week’s attack.