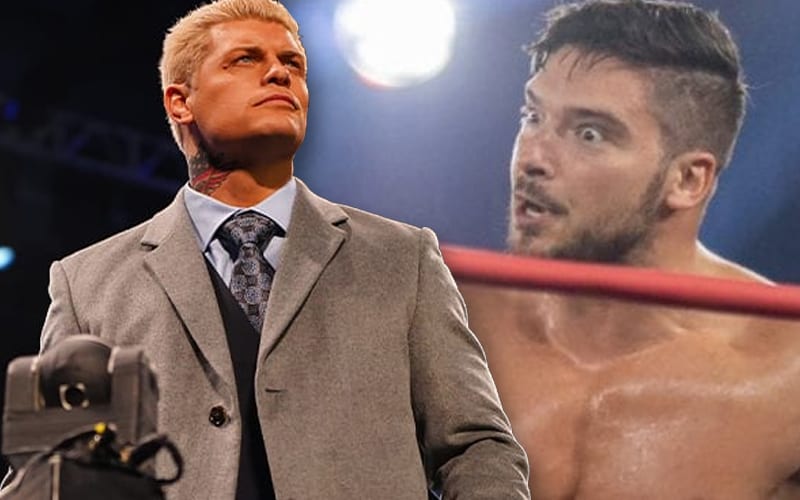 Ethan Page’s contract with Impact Wrestling expired on January 1st. He is now a free agent, and plenty of fans are wondering where All Ego will go next.

Page’s battle with The Karate Man at Hard To Kill was not well-received. It ended with Ethan Page getting his heart ripped out. Later on, we found out it was a symbolic gesture in a lot of ways.

After deleting his last month of Twitter activity and marking his location to “dead,” Ethan Page unloaded on Impact Wrestling. He called them out for lying to him about plans and presenting a lazily edited segment. Page also apologized to fans who felt cheated.

Cody Rhodes was asked by a fan: “You’re getting Ethan Page, right?” The American Nightmare replied with: “Who’s that?”

Rhodes obviously knows who Ethan Page is, but his response is rather interesting. Cody was either being coy, or he was throwing a bit of shade. It’s hard to tell with him.

We will keep an eye out for Ethan Page just in case he makes a return to social media.