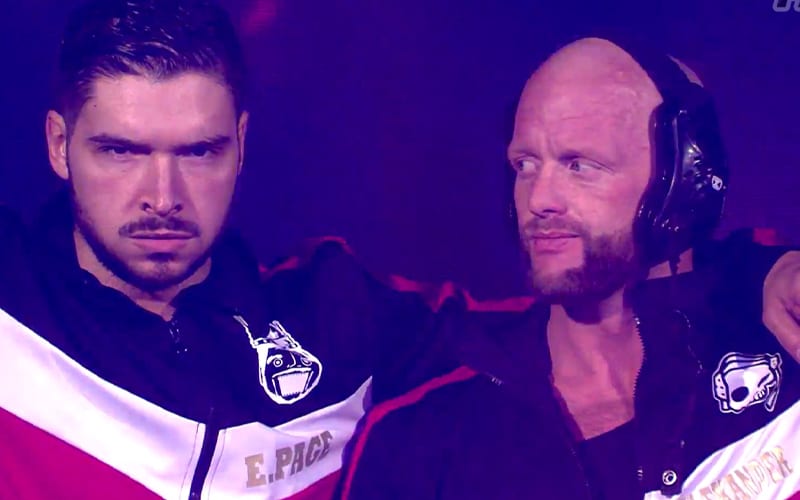 Ethan Page’s Impact Wrestling contract is up at the end of 2020. January 1st marks a time in Page’s career where he will either sign a new deal with Impact Wrestling or go elsewhere. The North isn’t breaking up, no matter what.

Page recently tweeted out that Impact Wrestling has tried to break up The North. The storyline at Final Resolution seemed to tease that Josh Alexander had grown frustrated with Page.

While speaking to The Push podcast, Ethan Page was asked about The North’s future. There are a lot of questions, and signs that the team could be forced to split due to company lines. Page said that his partnership with Josh Alexander is not ending, and it doesn’t matter what name their team goes by.

“We created this team before Impact. We invested in each other as performers, partners, road travelers before Impact. All this was before Impact. So if you think for one F’N second that we’re going to let Impact dictate whether we break up, or we don’t, or whatever you’re out of your damn mind.”

“I’m telling you guys. Everyone watched Final Resolution, and everyone saw my mental breakdown, whatever. It doesn’t matter. I’m telling you guys that no matter which way this goes The North are not splitting. Wherever I land in 2021, we are not breaking up. That’s my best friend in real life. That’s my best friend on screen. So, that’s not something that I’m willing to toy with to make a couple dollars in the entertainment industry.”

“Like I said whatever happens in the years to come if I stay in Impact, The North is The North, we’re the best. There’s so much we still can do, and there is so much I will do, and if I go somewhere else he might end up there in a couple of years. This is a forever friendship and the friendship is tied to the tag team. It’s something that we will choose what happens with. It’s not just a name, it’s more than just he name. We were the Monster Mafia before. We’re The North now. We can be, whatever Ass Kisser #1 and Ass Kisser #2 it’s Josh Alexander and Ethan Page, that’s the magic, it’s not the logo or the brand of The North.”

When Ethan Page was asked if he can succeed on his own, he replied: “What are you, nuts?!” Obviously, Page is very confident in his future, as he should be.