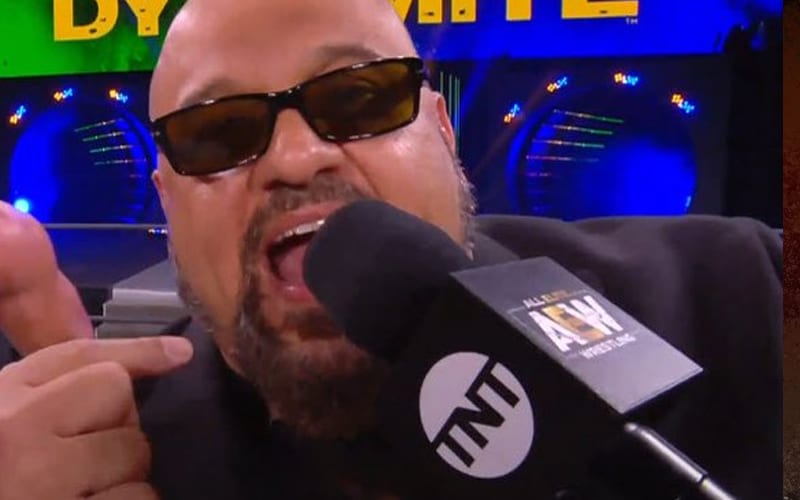 Taz had a memorable debut in WWE where he defeated Kurt Angle in a singles match at the 2000 Royal Rumble. However, Taz’s time as an in-ring wrestler in WWE did not work out as well as fans hoped. Jim Ross recently claimed that Vince McMahon ended Taz’s push after he received numerous complaints from other wrestlers that Taz was unsafe in the ring.

Taz recently took to Twitter and called out Jim Ross on what he said. Taz implied that everything Jim Ross said on his podcast was not the truth whatsoever. Taz also questioned whether if it was not simply some Superstars and ‘a couple of his buddies’ regarding the alleged complaints made against him.

The Human Suplex Machine further added that he explained the ”Taz is dangerous” situation on his podcast quite a few times over the years.

Taz proceeded to tag Jim Ross and asked if there was a valid list of WWE Superstars whom he actually injured via his suplexes in the ring. Taz ended it by saying the number of Superstars he injured was zero.

Sure it’s not Superstar & couple his buddies? Lol, I’ve talked about this “Taz is dangerous” thing on my show many times for years. Those who heard it know the truth. So @JRsBBQ was there list of names of guys in WWE I “injured” via a Suplex? Was it 7 men, 3 or even 1? #zero

Taz is currently busy being the leader of Team Taz and building stars such as Ricky Starks and Will Hobbs.