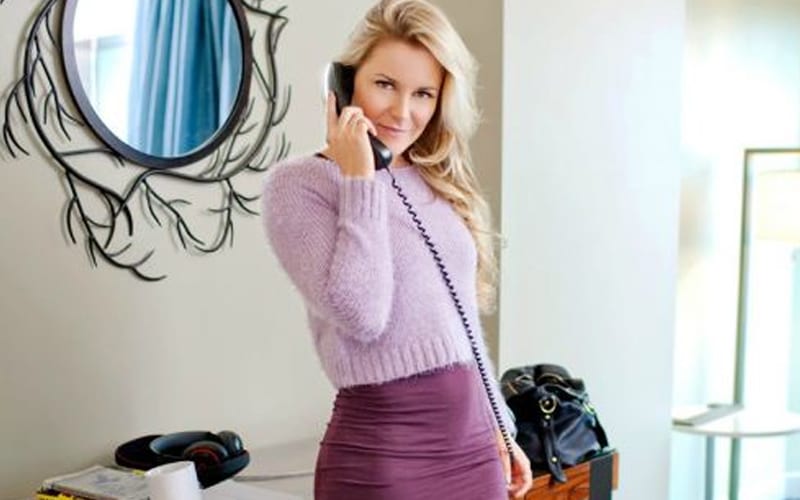 Renee Paquette stuck around WWE longer than her husband Jon Moxley. She says that nobody in WWE treated her any differently when Dean Ambrose departed the company, but she was expecting it.

While speaking with Chris Van Vliet, Renee Paquette said that she was waiting for people in WWE to start treating her in a different way. If it happened, then it was a “slow enough burn” that she just didn’t notice it taking place.

She also expressed some surprise that WWE continued letting her sit in on production meetings. She knew a lot of insider WWE information and she was married to a top star for their competition.

“I kinda started waiting to see if people would treat me differently, like I was sitting in production meetings every week. I’m like, ‘do they want me in production meetings?’ Because I’m so privy to the information going on in WWE I’m like ‘will they not want me to know information so I’m like leaking information to my husband or something?’ No, none of that ever really happened. If it did it was a slow enough burn that I never noticed it.”

Renee Paquette eventually left WWE after SummerSlam, and she is missed within the company. She isn’t writing off the chance that she will return to wrestling, but it might be for AEW.

She also opened up about how Jon Moxley’s WWE exit actually made her job easier. She didn’t have to be on commentary while her husband was in the ring working a “wacky heel” character.