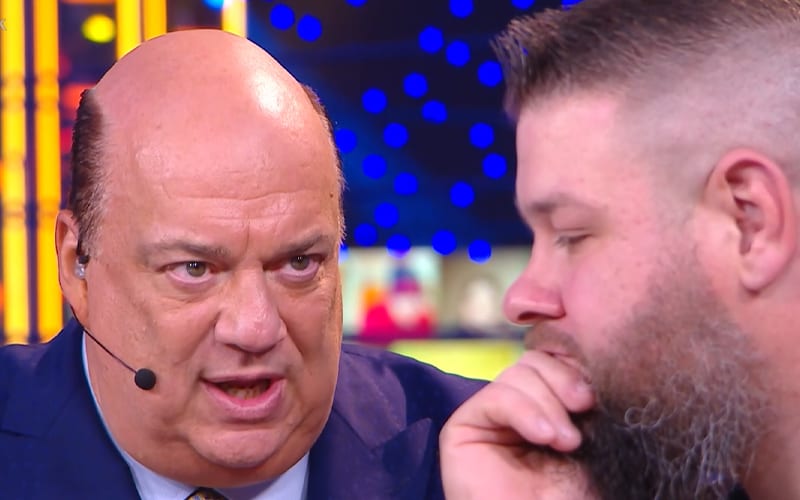 Kevin Owens came out for a big swerve on Roman Reigns and Paul Heyman during the closing moments of WWE Friday Night SmackDown. Owens will now face Reigns in a last man standing match at the Royal Rumble for the WWE Universal Title. Paul Heyman has to give Owens credit for fooling them.

During Talking Smack, Kevin Owens came out as a guest on the show. Paul Heyman took the time to address Owens and congratulate him. He tricked The Tribal Chief and his Special Counsel which is not easy to do. Now Kevin Owens must face the consequences at the Royal Rumble.

“You outsmarted us. I gotta hand it to you. 30 something years in this industry not a lot of people have pulled over — I’ve pulled over a lot of things and a lot of people and you out maneuvered us. Checkmate. I mean, well played, Kevin. It’s so devious. It’s so straight-forward. It was in plain sight — card subject to change — and WWE management can find a suitable replacement. Right in front of us, you were hiding in plain sight and we didn’t see it coming. Wow. It’s brilliant in its simplicity.”

It’s ironic that Paul Heyman said that he wishes he would have thought of his idea, because he likely did. Heyman and Roman Reigns have significant pull backstage when it comes to Universal Champion’s creative direction. You can click here for our detailed exclusive about how Roman Reigns received such influence backstage.