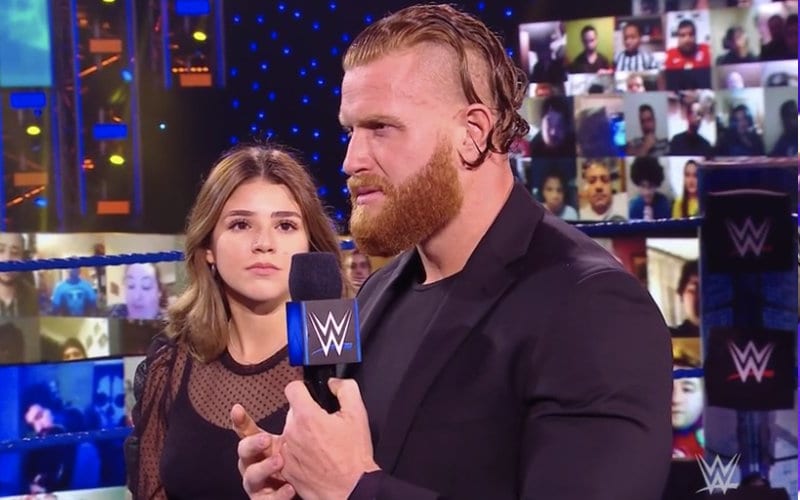 Rey and Dominik Mysterio returned to WWE television where they picked up a feud with King Corbin. Mysterio’s daughter Aalyah and her on-screen boyfriend Murphy are still absent, but at least one of them was at SmackDown this week.

Ringside News has learned that Murphy was backstage at SmackDown this week. He made the trip to Tropicana Field, but he wasn’t used.

We asked around about Aalyah’s whereabouts and we were told that she wasn’t seen backstage. If Aalyah was there, she kept to herself. It’s unclear why WWE didn’t use Murphy when he was there and ready to wrestle.

Seth Rollins’ hiatus seemed to hit the pause button on Aalyah Mysterio and Murphy’s angle. He was in the middle of a storyline with of the two lovebirds. We will have to see if it picks up once The Messiah returns to action.

Ringside News exclusively reported why SmackDown advertised Seth Rollins’ return, but then it was pulled. It was never officially booked, but it was noted as a possibility. Rollins could return any week now, but a safe bet seems to look toward the Royal Rumble for his return.