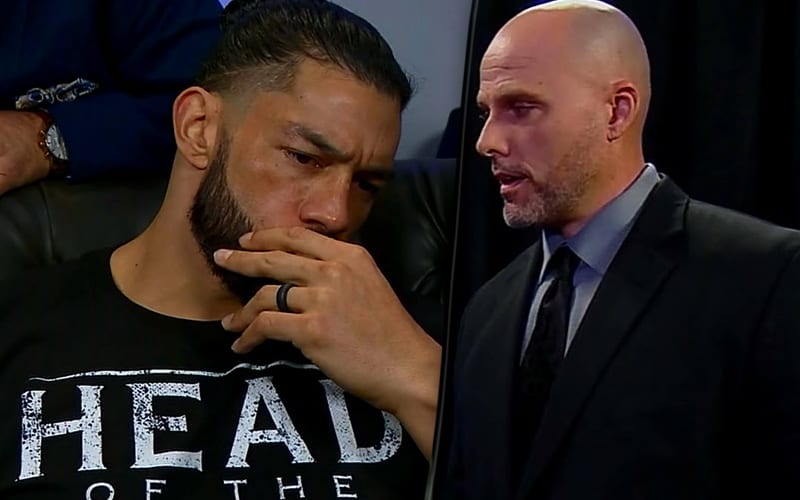 Update: Roman Reigns has now said that he wants a last man standing match instead.

Original: Roman Reigns will defend the Universal Title against Adam Pearce at the Royal Rumble on January 31st. That match now has a much different stipulation attached.

SmackDown opened up this week with Roman Reigns studying his contract for the Royal Rumble. He didn’t like what he saw. Paul Heyman then suggested that he have a special stipulation attached.

Click here on our exclusive about how Roman Reigns gained so much creative influence in WWE.

Later on, it was revealed that Adam Pearce vs Roman Reigns will be a No Disqualification match. Pearce signed the contract and the match is set. We will have to see how things play out on the road to the Royal Rumble.