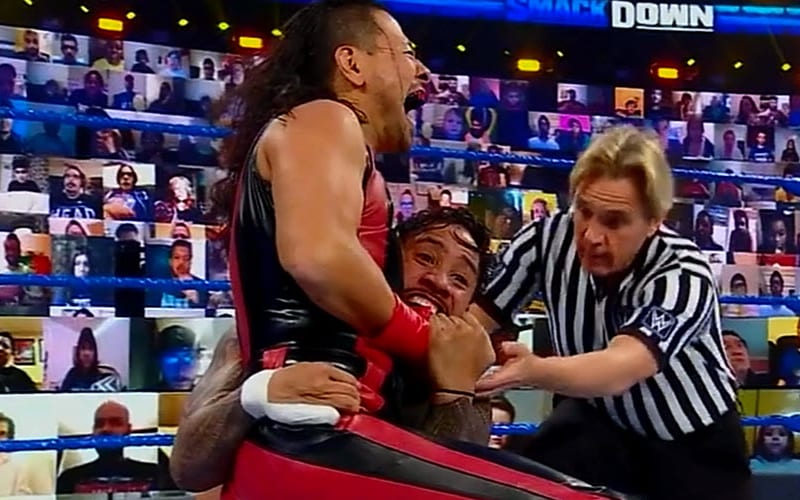 WWE will sometimes switch up a Superstar’s character to give them a bit of a new direction. Shinsuke Nakamura was a heel, but this week they cemented his turn to being a babyface once again.

Shinsuke Nakamura took on Jey Uso this week on SmackDown. Nakamura interrupted a heel promo from Uso where he was declaring his entry into the 2021 Royal Rumble match.

Nakamura wrestled as a babyface and he won the match. It seemed that they were leaning this direction last week when Shinsuke Nakamura was screwed over by Roman Reigns and Jey Uso at the end of the gauntlet match

Jey Uso was not happy at all about Shinsuke Nakamura picking up the win. It seems that Nakamura is now a babyface, so that could put him even closer to a Universal Title match down the line.