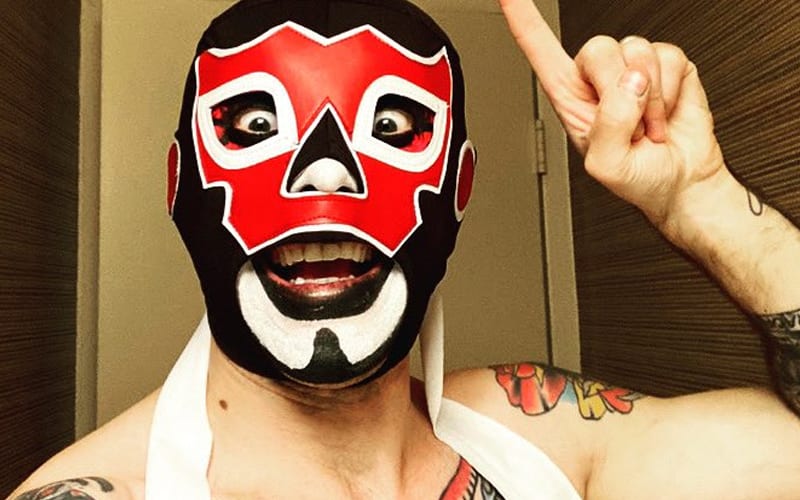 Sami Zayn performed on the indies as El Generico prior to making the move to WWE. Plenty of people miss the El Generico mask, especially ROH star Danhausen.

Danhausen, who ranked in the top 25 top sellers on Pro Wrestling Tees in 2020, donned the El Generico mask at The Collective. He is now selling a t-shirt to commemorate that look. The profits aren’t going Danhausen’s sacks of money, because he is giving that cash to Zayn’s Sami For Syria charity.

Sami For Syria is supplying medical relief to people who really need more attention. Zayn has been quite outspoken about this cause for a long time. His charity has been able to help a lot of people, and this new shirt will hopefully help the cause even more.

Sami Zayn saw a lot of success and had some incredible matches in ROH as El Generico. Danhausen is in Ring Of Honor now, and he is still waiting on his blimp from Dan Honor. In the meantime, he also still has that El Generico mask laying around somewhere in his very nice, very evil basement.