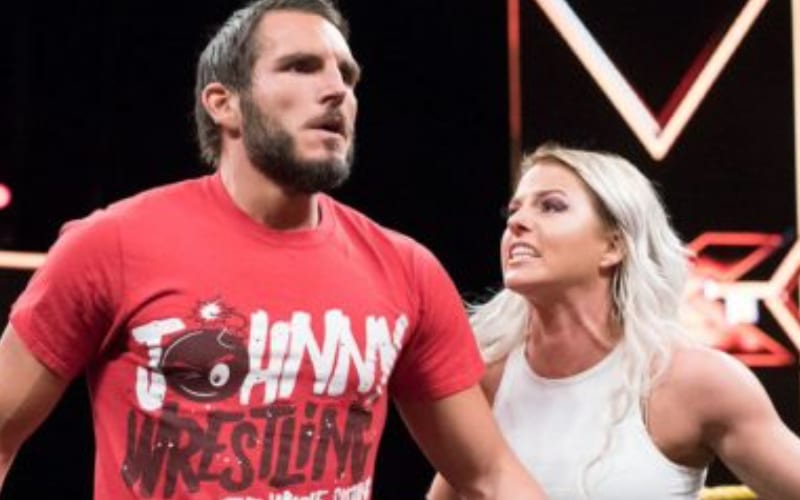 Johnny Gargano has been touted as the face of NXT by many fans due to his excellent feuds with the likes of Tommaso Ciampa and Adam Cole. Jim Cornette is known to lambast many wrestlers for a variety of reasons and it seems he is not a fan of Johnny Gargano at all.

On the latest episode of his Drive Thru podcast, Jim Cornette discussed Johnny Gargano’s role on NXT. Cornette said that he cannot explain why Gargano and Candice LeRae are shown on NXT television.

Cornette criticized Gargano by saying he has no personality, has a ‘phoney interview style’ and lacks in size as well. Cornette added that Gargano is better off doing motion capture for the video games instead of being featured on television as an active Superstar.

“I can’t explain putting these f*cking two on the show constantly. Even if he’s a good… her aside? She’s just a run of the mill girl wrestler, who gives a sh*t — he technically is a good performer.”

“Sure if it wouldn’t be for his size, his lack of personality and his obnoxiously phoney interview style and everything else about him he’d be great. Give him a contract and make him a trainer, you know? He can do all the moves. Let him do motion capture for the video game.”

Cornette ended it by saying that nobody wants to see Johnny Gargano on NXT television. Only those fans who want to see flashy wrestling moves want Gargano around.

Johnny Gargano is currently leading a faction that comprises of Candice LeRae, Indi Hartwell and Austin Theory called ‘The Way.’