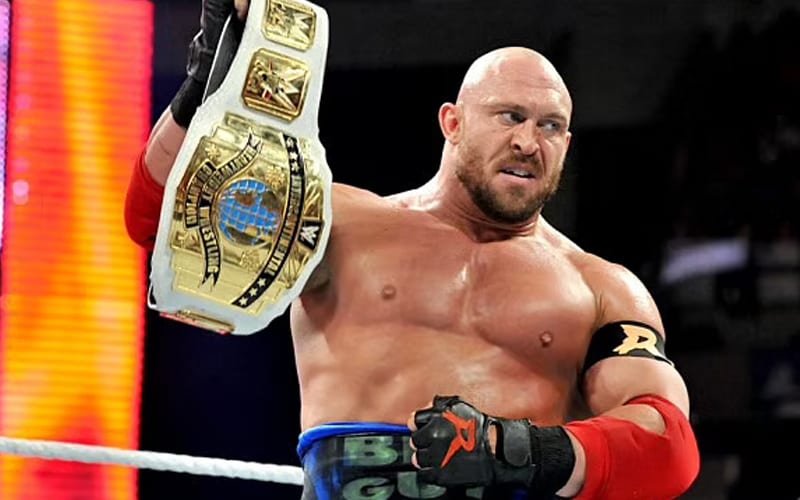 Ryback’s Twitter timeline saw another shot at WWE recently, and he didn’t limit it just the company, but their champions as well. WWE On Fox recently had a simple question for fans, and Ryback took it on himself in a big way.

WWE On Fox asked their followers to name the best WWE Superstar to ever hold a championship. Ryback fired back to take a shot at the very concept of title belts in WWE. He said they are just props, and nobody has ever won or lost a prop.

Wrestling’s fake guys and the Championships are props to market entertainers as “Champions”’ Nobody has actually ever won or lost a prop, as scripted physical entertainment is incapable of that. This tweet explains so much though on your tv deal with them.

WWE Superstars put a lot of pride in the titles they hold. Ryback was once an IC Champion in WWE. Obviously, he has a different idea about the value the company places on those titles.

What do you think about WWE’s title belts? Are they just props? Let us know in the comments section below, or you can reply to Ryback tweet which we have embedded in this article.