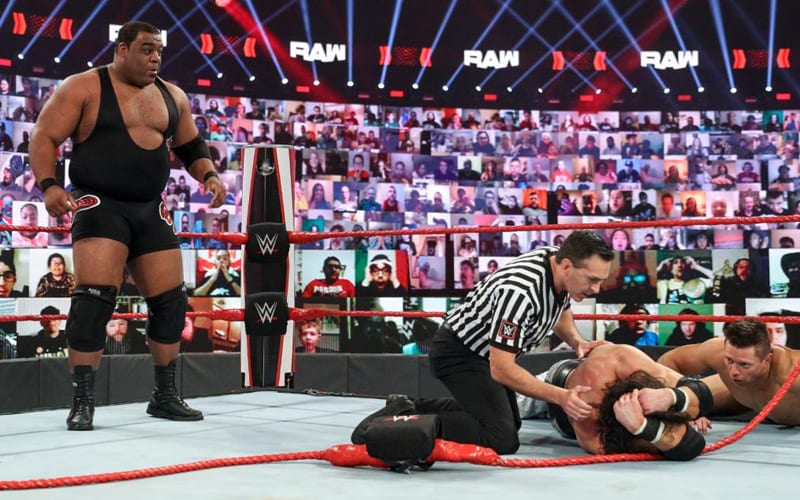 Keith Lee showed how limitless he was during RAW this week. Not only did the former NXT Champion wrestle twice, but he also broke the ring. That was a part of the plan.

During Wrestling Observer Radio, Dave Meltzer explained why WWE wrote a ring breaking angle into Keith Lee and Sheamus’ match against The Miz and John Morrison. It simply boils down to wanting to keep fans tuned in through a commercial break.

The mentality is that before you go to commercial you need to do something outrageous to hook people, so they had to top rope snap to hook people, but the thing is by the time it came back it’s irrelevant.”

Click here to watch the spot in question where Keith Lee broke the ring.

Keith Lee is a very powerful man, and his shove into the corner broke that turnbuckle, but it was all part of the show. It’s interesting that WWE staged something going wrong to hook people into watching RAW, but they also had a huge college football game as direct competition this week. So, they needed to try everything they could think of.