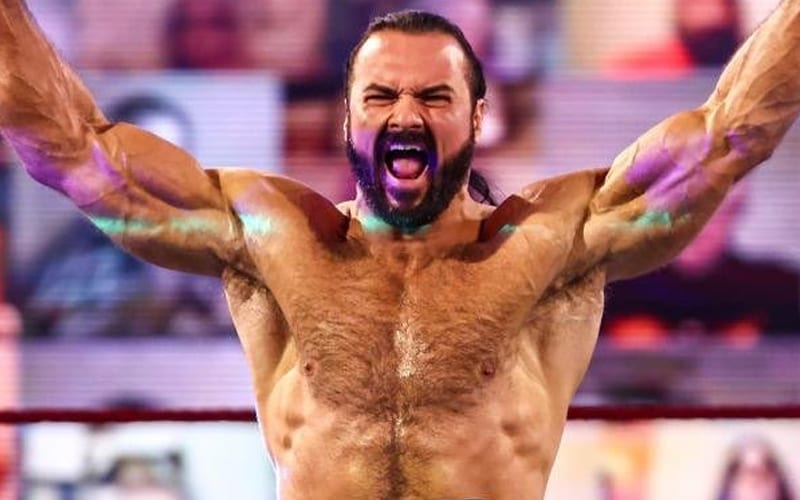 Drew McIntyre tested positive for COVID-19, and he was pulled from RAW this week. The WWE Champion still accepted Goldberg’s Royal Rumble challenge, but he wasn’t able to actually show up to the ThunderDome. When can McIntyre return?

During Wrestling Observer Radio, Dave Meltzer stated that Drew McIntyre’s two-week quarantine started in time that he if does not develop further symptoms then he could be back for the go-home episode of RAW prior to the Royal Rumble. Nothing if definite at this point.

Drew McIntyre will miss two weeks to build toward his match against Goldberg. It’s unknown how WWE will hype that match, but they need to figure out way to build toward Goldberg’s in-ring return without featuring his opponent.

This is an unpredictable situation, and WWE put a lot of faith in Drew McIntyre recovering quickly when they made his match against Goldberg official this week. Hopefully, everything will work out.