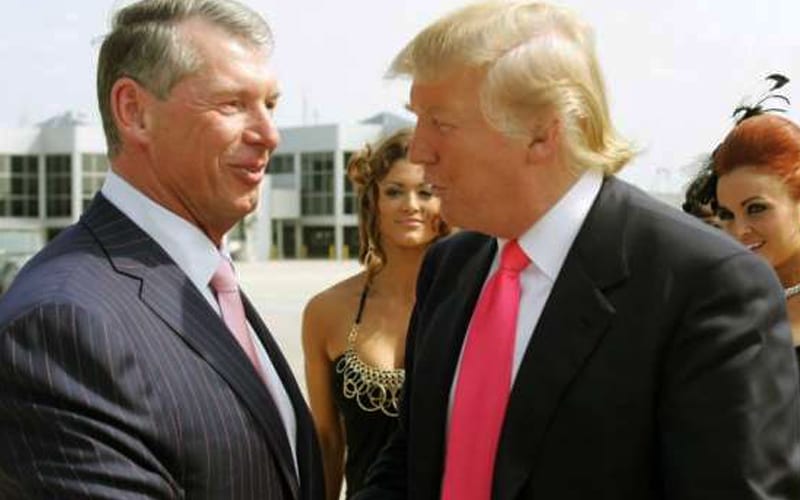 Donald Trump is a WWE Hall of Famer, and he apparently watches the show as well. This caused him to make a very worried phone call about his friend Vince McMahon.

WWE presented a very special episode of Monday Night Raw on June 11th, 2007. It was Vince McMahon appreciation night, and it ended with his limo exploding into a ball of flames. Mr. McMahon was killed off in the storyline, but it’s still real to Donald Trump.

During Wrestling Observer Radio, Dave Meltzer mentioned this old story that a lot of people might have never known or forgotten about.

“When the limo exploded Trump was actually watching to show and he contacted WWE because he thought that Vince actually died, and then he was elected President.”

Donald Trump was probably relieved to find out that his old pal Vince McMahon was okay.