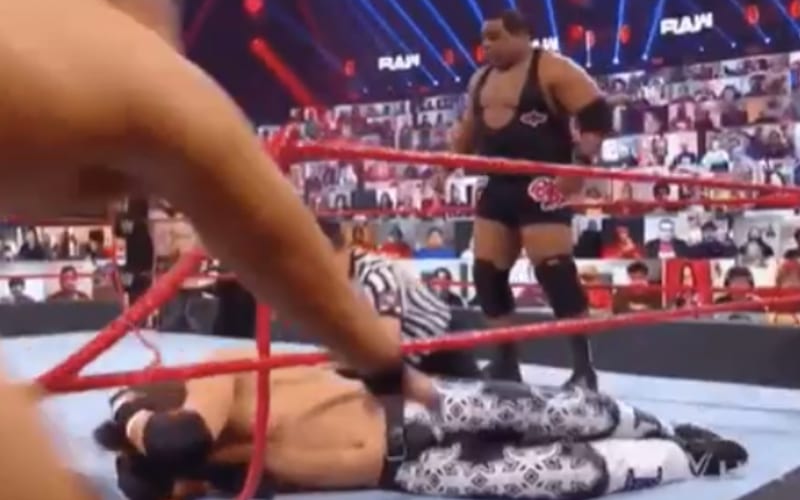 Keith Lee’s WWE debut was met fans complaining about the company changing his ring attire and entrance music. He is starting to come into his own, and this week Keith Lee displayed some serious power.

Keith Lee and Sheamus teamed up to face The Miz and John Morrison this week on Raw. During the match, Keith Lee got a little rough with Morrison. Lee hurled Morrison across the ring before charging into the corner at his opponent.

The Limitless Lee nailed John Morrison with a powerful shot in the corner, and it caused the turnbuckle to break off the ring. This was a pretty cool effect, and Keith Lee looked a bit surprised by his own strength.

WWE had the turnbuckle fixed by the time the show came back from commercial break. A member of the ring crew was in the corner fixing the damage and the match carried on.