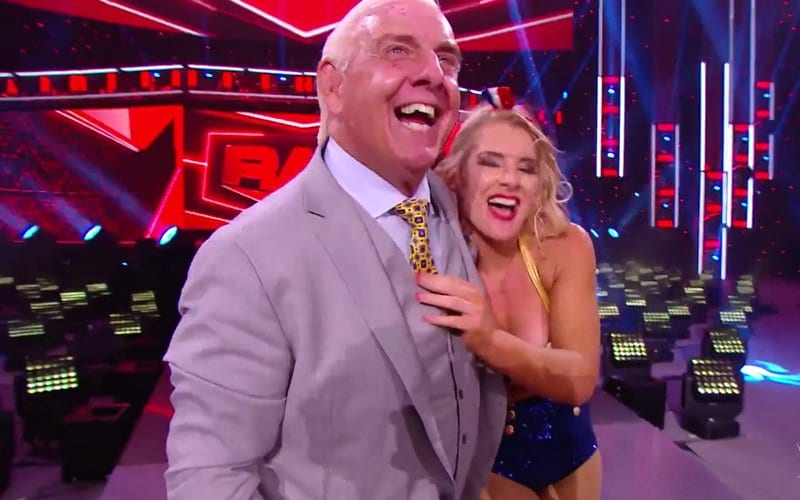 Charlotte Flair took on Lacey Evans in a singles match during this week’s episode of Monday Night RAW. Their feud began last week as Ric Flair accidentally cost his daughter the match on WWE RAW.

However, Ric Flair turned on Charlotte Flair during their match this week. Now he seems to be involved in a romantic angle with Lacey Evans. Evans has been going after Charlotte Flair since last week, referring to herself as Mama Flair. Now it seems Evans has once again taken a shot at Charlotte Flair on social media.

Evans took to Twitter and reacted to Charlotte Flair’s backstage interview on RAW, which took place before their match. In her tweet, Evans took a shot at Charlotte Flair by making a suggestive comment about her father Ric Flair.

Your daddy taught me more in one night than you ever will sweetheart.

I enjoyed your lil class session though. Untill next time

We will have to see how the feud between Charlotte Flair and Lacey Evans will continue to develop.