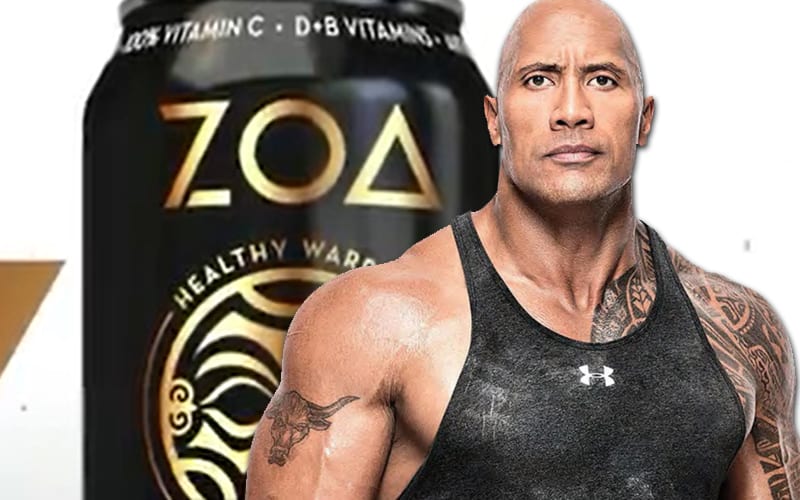 Dwayne ‘The Rock’ Johnson is a man of many talents. He is a legend in the world of pro wrestling and remains one of its biggest names to date.

He is also the highest-paid man in all of Hollywood, with his films often releasing to massive Box Office success. The Rock is also an entrepreneur of various kinds, which he takes very seriously.

The Rock already has a lucrative business with his Teremana Tequila and now it seems he is venturing into the energy drinks field.

The Great One took to Instagram and uploaded a video, where he revealed the launch of his own range of energy drinks. He introduced fans to ZOA Energy, which is said to be healthier than other energy drinks.

His range of energy drinks are slated to come out in March of this year.

“Ladies & gents, it’s our honor to introduce you to @zoaenergy. The first of its kind, CLEAN & HEALTHY energy drink that champions the everyday warriors in all of us. Our ZOA formulation will be the first ever – ultimate healthy and immunity supporting energy drink to offer 100% Vitamin C, Vitamin D, Vitamin B, Essential Aminos, Camu Camu, Turmeric, Antioxidants, Acerola, Choline* and finally, the healthy dose of 160mgs of natural caffeine from green tea extracts and green coffee beans. This ones for all of you – the health conscious everyday warrior who lives LIFE POSITIVE. It’s our privilege to serve you. #ZOA. Coming this March.”

We will have to see how The Rock’s energy drinks will turn out to be.