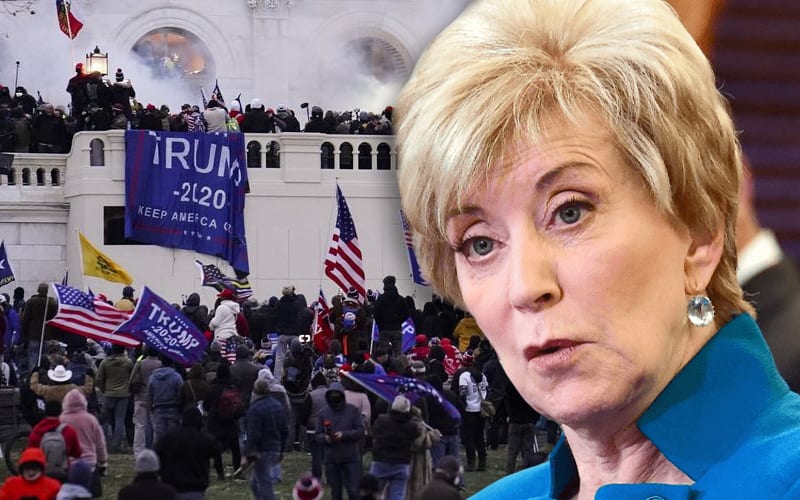 On January 6th, riots broke out in Washington, DC and the Capitol Building was breached. A few people have been tracked down and arrested for their participation already, and more arrests are expected. An organization operated by Linda McMahon has also found herself in the middle of this situation.

McMahon donated a ton of money to the Donald Trump campaign, over $37 million. A recent article from CNBC has uncovered ties between America First Policies, McMahon’s advocacy organization, and the DC riots.

Previous donors to Women for America First include America First Policies, a nonprofit chaired by Linda McMahon – One of their leaders promoted the event on Twitter and it was then retweeted by Trump himself.

The America First Policies organization is being called out for its ties to the Capitol Hill riot. The organization is what some people are calling a “Dark Money Group,” meaning they do not have to disclose information about their donors.

America First Priorities publicly disclosed that they donated $25,000 to “Women for America First”. It was also noted that this organization was largely responsible for organizing the Washington, DC riot on January 6th.

We will continue monitoring this ongoing story as more information is made known.