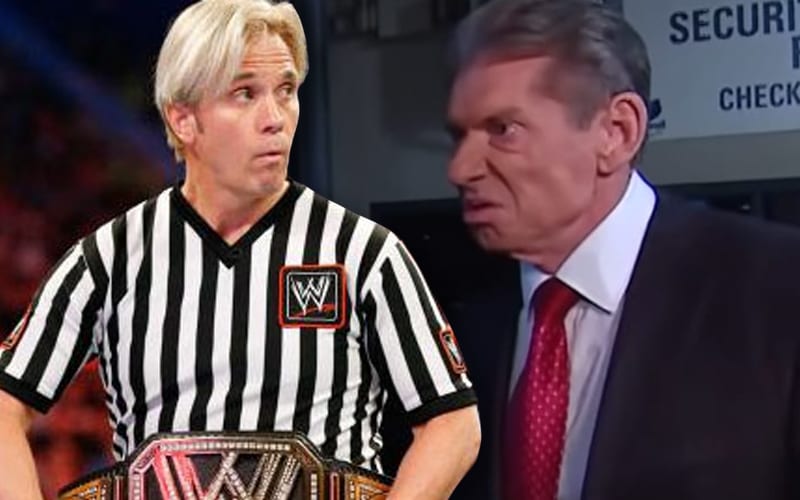 WWE referees have a big responsibility to call the action in the ring. In recent memory, WWE has presented them in a more serious context as well. This is to legitimize them so when a heel cheats they get heat and not the officials.

While speaking to Wrestling Inc, former WWE referee Jimmy Korderas explained how Vince McMahon dealt with referees and Superstars in a different way. He said that Vince is more hands-on with Superstars than he was with referees.

“He’s not as hands on with refs as he is with wrestlers. At the same time, when he sees something that he really likes, he will acknowledge it. If he thinks there’s something we can correct, he’ll point out that as well.”

“Generally, he leaves the referees to the agents because there’s this persona that surrounds Vince that maybe all the refs are too intimidated by him.”

Vince McMahon runs WWE with an iron fist. The old saying is true that if McMahon could do every job in WWE himself, then he would; because Vince McMahon is the only man who knows how he wants everything done.

Referees have a lot of pressure on them to call a match in the ring, but Vince McMahon generally doesn’t worry too much about their direction unless there are special circumstances.