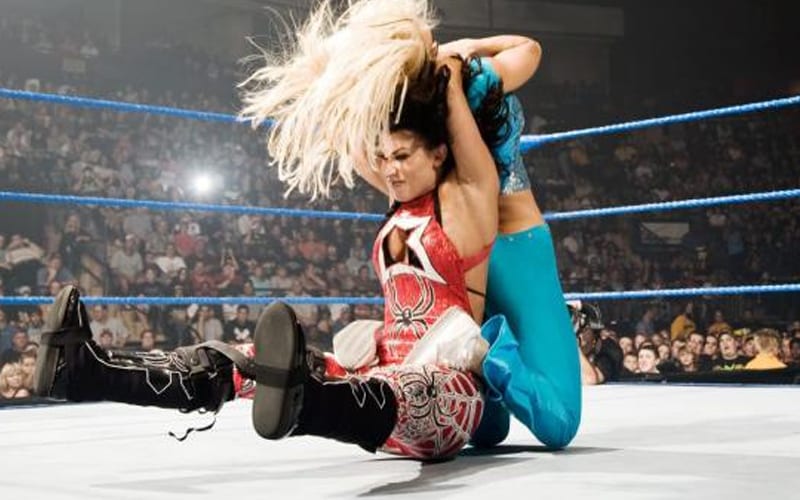 Victoria finished off plenty of opponents with her Widow’s Peak finisher, but the origin of that move is pretty interesting.

While speaking to Fightful’s Making A Finisher, Victoria revealed that her Widow’s Peak finisher was actually created thanks to an unnamed NXT Superstar who was 16 at the time. She didn’t name them, but their inspiration helped her create a move that she used throughout her pro wrestling career.

“Molly Holly saw an independent wrestler, I’m not going to say his name yet, do a move. And she came back and said Victoria, we don’t call each other by our real names in wrestling by the way, ‘Victoria there’s a move a move I think you should use for your finisher, because I was a big girl and I was one of the girls that could pick up everybody.'”

Inspiration is an interesting thing and you never know where it can come from. For Victoria, her big finisher inspiration came from a future NXT Superstar. It would have been nice if she gave that Superstar credit, but perhaps that information will come out eventually.