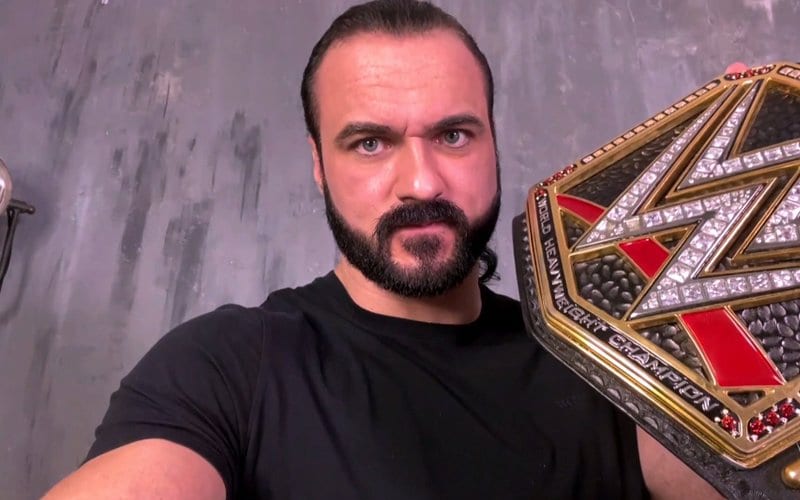 Drew McIntyre ended Raw last week with Goldberg shoving him. He didn’t even have time to hit the canvas before the show cut off because they had terrible timing issues. Drew McIntyre tested positive for COVID-19, but he was still able to answer Goldberg’s challenge.

Drew McIntyre appeared during a video message where he announced he has COVID-19. He said that COVID-19 is no joke, and he encouraged everyone to wear their masks and practice social distancing. They aired a second video later on in the show.

McIntyre said that he was interrupted by Goldberg last week before he had a chance to thank the legends who showed up. That is interesting because Goldberg actually came out before McIntyre could cut a promo where he trashed the legends.

He said to never met your heroes because they will let him down. McIntyre said that Goldberg let his legacy down, and he put words in his mouth. This was followed by McIntyre accepting Goldberg’s challenge at the Royal Rumble.

Now Goldberg vs Drew McIntyre is set for the Royal Rumble on January 31st. You can check out an updated card below.