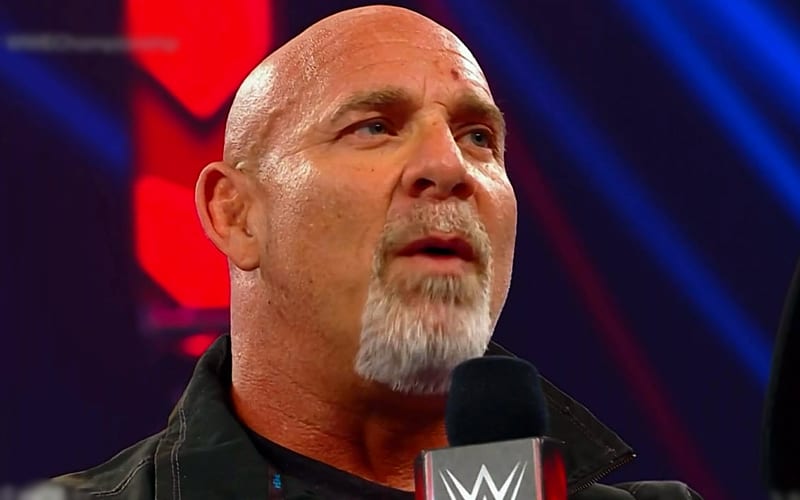 WWE ended Legends Night with a big surprise from Goldberg. He came out and challenged Drew McIntyre for the WWE Title. The promo Goldberg cut was very interesting because he was responding to something McIntyre never said.

During Wrestling Observer Radio, Bryan Alvarez noted that WWE was running out of time at the end of the show. The plan was for Drew McIntyre to cut a promo on the legends, but that never happened. Instead, the moment McIntyre picked up the microphone, Goldberg’s music hit.

Alvarez noted that WWE hit Goldberg’s music because they were running out of time. Goldberg came out as soon as McIntyre picked up the microphone before he was able to cut a promo that would have caused Goldberg to come out.

WWE’s time issues caused Goldberg to come out early before McIntyre gave him a reason to. Perhaps, they will fill in that story later on.